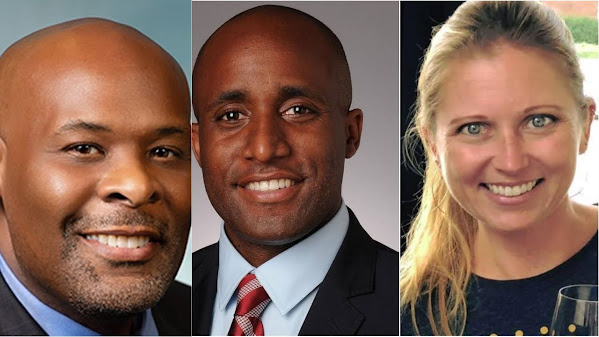 This is inside baseball but it kinda offers a peek at our dysfunctional metro politics.

- Once again KCK Mayor Garner's leadership is disappointing. In less than a year in office he has displayed a penchant for casting blame on other people rather than accepting responsibility.

- I guess KCK doesn't have residency requirements . . . Or maybe Mayor Q's wife doesn't live at the address in campaign finance reports . . . It's too complicated to figure out and most KC voters (wisely) stopped asking about the Mayor's personal life long ago.

- The real issue here . . . Mayor Garner has a point . . . Economic development in The Dotte is a bad joke and this local government body has a proud tradition of backing some of the worst schemes in the nation. One of their worst partnerships ended with a youngster decapitated.

Now, here's some more deets from the latest report . . .

Mayor Tyrone Garner and one of his staff members brought in about a dozen people to discuss development projects in Wyandotte County and downtown Kansas City, Kansas.

But that did not stop Garner from criticizing her or the staff for not being present at the meeting and saying economic development was “broken” at the UG.