Libs of TikTok has been banned by Facebook over controversial discussion of trans issues and might soon be wiped from social media altogether. However, their recent post has a local connection regarding a question of legal theory and activism.

We don't want to weigh in too heavily on the topic so we'll let the controversial social media account speak for itself.

"Professor at Children’s Mercy Hospital says not giving a child puberty blockers is a form of psychological abuse and suggests parents should be held criminally liable and the state should intervene." 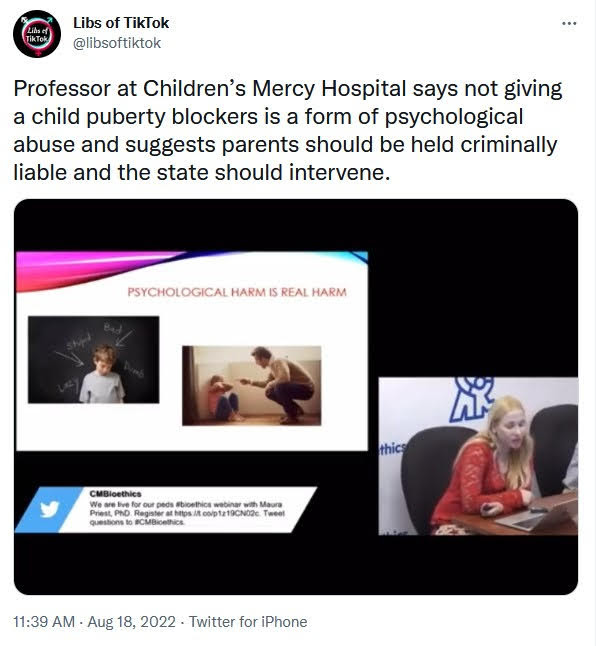 "Children's Mercy is taking a beating online because of a conference they had wherein the speaker/doctor implied/suggested it would be a good idea for the state to (consider/taking) a child away from parents if the parents didn't let the kid go trans . . . I bet this isn't over."

The discussion of legal theory and ideas IS NOT policy. HOWEVER, it's fair to consider that these forums are a gateway into formulating rules and creating a broader discussion.