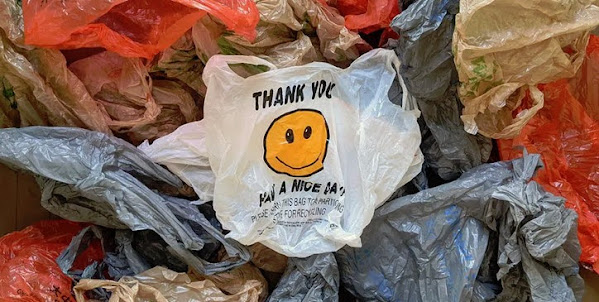 In Missouri the GOP super-majority has protected plastic bags better than most other states. Cities can't legislate against the environmentally unfriendly shopping item.

However, in an effort to save the planet and a few sea turtles, Kansas Eco-activists see an opportunity.

Wichita is moving against plastic bags, some JoCo cities are looking to jump aboard the bandwagon and here's a glimpse at Lawrence getting ready to put a plastic bag crackdown to a vote . . .

The city has been looking into the options since 2018, no formal ordinance has been imposed. Some commissioners worry the ordinance could impact the city’s vulnerable population.

The draft prohibits the use of single-use disposable plastic bags less than 4 mils thick provided by a business to transport food, beverages, goods or other merchandise. It would also cover grocery stores, restaurants, and other local businesses. However, the ordinance would not include single-use plastic bags for produce or reusable bags made of plastic designed for repeat use.

The proposed ordinance also calls for the ban to start nine months after the ordinance is passed and would require businesses who do provide such bags to erect signs to make customers aware of the upcoming change. It calls for the city to monitor compliance and impose fines for those who do not comply.

Plastic bag ban could stick in Lawrence this time