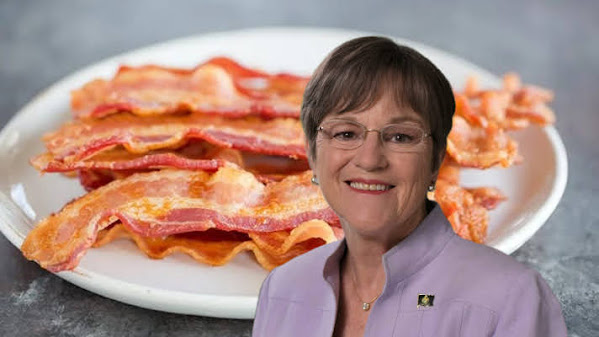 On this topic the Kansas GOP capitalizes on historically negative sentiment against Prez Biden.

However . . . Playing "Debbie Downer" with voters isn't a good look for Republicans who might have trouble convincing voters who remember the sketchy Guv Brownback economic legacy.

According to Gov. Kelly, Kansas has seen an increase of 30,000 jobs since 2019. When analyzing employment in the state, the governor points to the number across all sectors. She says the jobs report gives a better picture than what is referred to as the nonfarm jobs report because it includes agriculture, a key part of the state’s economy.

“The numbers that get used way too often for Kansas, because Kansas is an agricultural state, they always talk about nonfarm jobs. Add farm jobs, and you add non-profit, and you add domestic workers jobs and small business jobs because sole proprietors are not counted in that tally,” said the governor.

WICHITA, Kan. (KWCH) - Governor Laura Kelly is defending her assessment that Kansas has restored employment to pre-pandemic levels. Her challenger in the November election, Attorney General Derek Schmidt, says that is not the case -- looking at the data. Both are using data from the U.S.