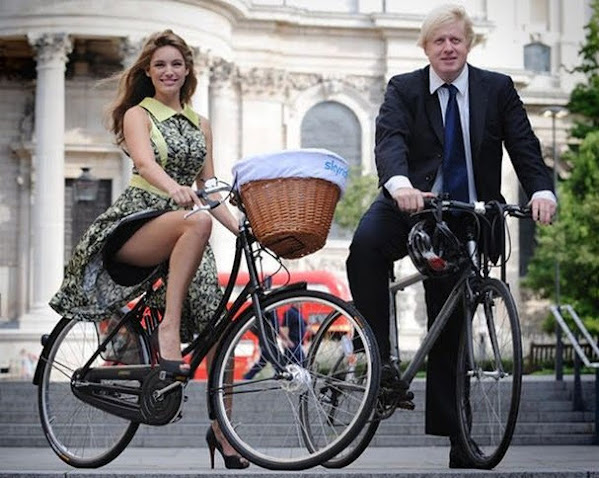 Local news really can't provide much detail on how dirty local politics has become and TKC also has to be careful in framing our opinion.

Here are the basics which require readers to have some understanding  of our corrupt 12th & Oak traditions . . .

A network of activist groups are "advocating" on behalf of dead cyclists and demanding street improvements.

These activists are often nothing more or less than spokespeople with connections or even employment by groups who then earn consulting fees for the construction of sketchy "transit solutions" and bike lane disasters that ultimately spark resentment amongst neighborhoods.

To be fair . . . All of this is perfectly legal, it's just doesn't represent "grassroots" support for bike supremacy but merely a paid marketing scheme. Over the years we've documented these connections in great detail but the machinations of city hall scams are too boring for most people to consider . . . And there are, in fact, bigger problems than a few hipsters earning B.S. jobs in return for joining the ranks of Twitter bots pushing "social change" if only to protect their craft beer lifestyle.

The job security of a handful of dudes who wear skinny jeans is likely much more important than street safety and that's why we advise cyclists to continue wearing helmets and treadling carefully . . . NOBODY is really looking out for you.

"So the road needs to be put on a diet . . . The idea is something that's grounded in science. The Federal Highway Administration has studied road diets across the country over a number of years, and they found that road diets are very effective.

"They can reduce crashes by as much as 48% in some instances. And so it's something that we know works, and we've seen it tried in other places, and we want to bring that here to Kansas City."

The Kansas City Council's Transportation Committee passed a resolution Wednesday that would have the city apply for a $30 million grant from the U.S. Department of Transportation. The resolution would try to help implement this plan. The full city council will vote on it Thursday.

KANSAS CITY, Mo. - Kansas City leaders are trying to reduce their traffic fatalities to absolutely zero by the year 2030. That's car vs. pedestrian and car vs. car deaths. It's a part of their Vision Zero plan.