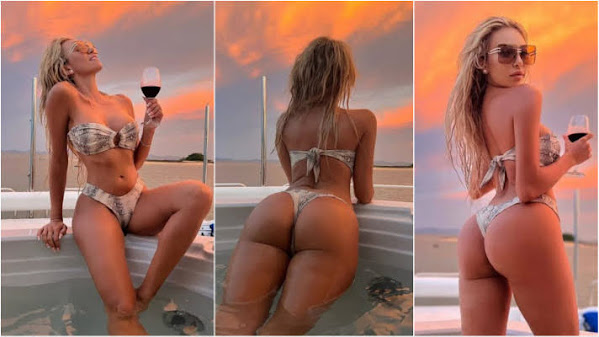 Kansas city is cleared for takeoff.The US Air Force Thunderbirds will soon fly into town for the Garmin Kansas City Air Show at the New Century Air Center.Tomorrow, KMBC is giving you the chance to jump in the cockpit with the elite flying team.

Teachers say higher pay, more wellness days and student loan reimbursement could keep and bring more people into the profession, according to a survey by Missouri's Teacher Recruitment and Retention Blue Ribbon Commission. The commission, created by the state board of education, is tasked with finding solutions to the chronic teacher shortage.

'Exhausting' recount process for Value Them Both Amendment voting underway

KANSAS CITY, Mo. - The Kansas City Current launched its season ticket campaign Tuesday, 816 Day, as a tribute to fans in the area code. Putting down a deposit is the only way for fans to reserve their spot for games at the Current's future stadium, the first and only stadium being built for a professional women's sports team.

The famous Playboy model Khloe Terae has chosen Mykonos for the second consecutive summer in a row to enjoy days of rest from her professional obligations. The blonde Canadian model, with 3.4 million followers on Instagram, upset the "Island of Winds" with her appearance.

WASHINGTON (AP) - President Joe Biden signed Democrats' landmark climate change and health care bill into law on Tuesday, delivering what he has called the "final piece" of his pared-down domestic agenda, as he aims to boost his party's standing with voters less than three months before the midterm elections .

Tuesday's Wyoming congressional primary may end Rep. Liz Cheney's career in Congress, with the expectation by pollsters and strategists that she will be beaten by challenger Harriet Hageman, but she suggested she's just getting started. Today is "certainly the beginning of a battle that is going to continue to go on.

New COVID bivalent vaccine expected in US in the fall

On Monday, the U.K. became the first country to approve a bivalent vaccine booster shot for adults, which would target both the original COVID virus and the Omicron variant. This vaccine, which is likely going to be available in the U.S. starting in the fall, is expected to provide increased and longer-lasting protection against COVID and the new variants.

After a Russian air base at Saky was hit last Tuesday, satellite images revealed significant damage, with at least eight warplanes destroyed. Although Russia said that incident was also accidental, there was little doubt the base had come under Ukrainian attack due to the precise nature of the destruction.

The German film-maker Wolfgang Petersen has died at the age of 81. The Oscar-nominated writer-director was known for films such as Das Boot, Air Force One and In the Line of Fire. He died of pancreatic cancer at home in the company of his wife, Maria Borgel Petersen.

Once upon a pop-up: Shrek the Bar runs through Sept. 10 at Vignettes

Have you ever wanted to step inside the world of one of your favorite fairytale movies full of creatures like the Big Bad Wolf, fairy godmothers, princesses, and... ogres? Well, you're in luck. All you need do is take a journey to the Far Far Away kingdom of North Kansas City.

Kansas City-based bassist and composer Xavier Foley is quickly gaining a following on Instagram (@xavierfoleybass). He now has over forty thousand followers on the platform, where he shares Reels of himself playing his own compositions on solo bass in his West Bottoms apartment.