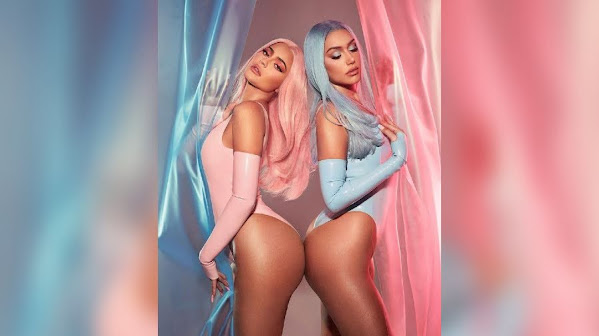 KANSAS CITY, Mo. - A metro domestic violence shelter has helped thousands of people since it opened. Now Newhouse needs a little help of its own. The shelter hopes to raise $20,000 to buy a passenger van to help transport survivors and families.


Hope For The Future

The Young Royals Made Lots of Noise in a Successful Week

The Kansas City Royals just finished one of their most exciting weeks in a few years and capped it off by winning three of four against the struggling Red Sox. It was a huge series victory, but it was the performances by the rookies that has Kansas City feeling giddy about the possibilities of the future.


Too Early To Tell

The Kansas City Chiefs released their first depth chart of the 2022 preseason on Monday. Four days ahead of their first preseason game with the Chicago Bears, the Chiefs have officially listed and "ranked" all ninety players on their roster.

The iconic rainbow building on Troost is no longer at risk of demolition. Here's the deal

The bright pink building at 4337 Troost Ave. is notorious in the Manheim Park neighborhood.. It's frequented by Kansas Citians, including those experiencing homelessness, for the free food and clothing that owner Jerry Crowell distributes out front. This eye-catching location has seen its share of challenges: A January 2021 fire led to complaints from neighbors and an emergency demolition order from the city.

KYLIE Jenner has been holding her boobs from falling out of a tiny tube top in new NSFW Instagram photos. Kylie, 26, shared her makeup and dress routine on social media. In the steamy photo, the Kylie Cosmetics founder added luscious waves to her typically straight and flat hairstyle.

Hundreds more were injured during the deadly crowd surge at the annual event, which is produced by Travis and named after his 2018 album. The rapper was accused of "inciting the crowd" during his headline performance, which is when the tragedy occurred.

What we know - and don't know - about the Trump raid

Hours after the FBI searched former President Trump's Mar-a-Lago home, his supporters gathered outside in an impromptu rally: Trump flags flew, pickups roared and "We're Not Gonna Take It" blared. Why it matters: Trump and the American right mobilized to use the raid as a symbol of government overreach and "political persecution," with a speed, fury and ferocity not seen since he left office.

Sean Hannity: The DOJ is now being used as a weapon against Biden's top political rival

A growing number of Republicans are erupting over news of an FBI raid of former President Trump's Mar-a-Lago residence, accusing federal agents of unfairly targeting the ex-president for political purposes, with some suggesting that the law enforcement agency be "defunded." Many Republicans also echoed sentiments from Trump's Monday statement in which he said his home...

Landmark US climate bill will do more harm than good, groups say

The landmark climate legislation passed by the Senate after months of wrangling and weakening by fossil-fuel friendly Democrats will lead to more harm than good, according to frontline community groups who are calling on Joe Biden to declare a climate emergency.

But the numbers comport with general assessments about the state of the House map from strategists of both parties, as well as the close results of the 2021 statewide elections in New Jersey and Virginia.

Ceasefire between Israel, Gaza militants holds after deadliest clashes in a year

A ceasefire between Israel and the Islamic Jihad militant group in Gaza was holding on Monday after a weekend of hostilities left dozens of Palestinians dead.

China-Taiwan: What we learned from Beijing's drills around the island

US politician Nancy Pelosi's visit has set off fresh tensions between self-ruled Taiwan and China, which claims the island as part of its territory. BBC correspondents weigh in on the significance of China's main response - its live-fire military drills around the island - and how the two sides see them.

Twitter co-founder Jack Dorsey slammed the Chinese Communist Party over the weekend in response to a report on Beijing's continuing embrace of draconian policies during the COVID-19 pandemic.

KYIV, Ukraine -- In a growing challenge to Russia's grip on occupied areas of southeastern Ukraine, guerrilla forces loyal to Kyiv are killing pro-Moscow officials, blowing up bridges and trains, and helping the Ukrainian military by identifying key targets.

Angel Hope looked at the math test and felt lost. He had just graduated near the top of his high school class, winning scholarships from prestigious colleges. But on this test - a University of Wisconsin exam that measures what new students learned in high school - all he could do was guess.

Olivia Newton-John, best known for playing Sandy in smash-hit musical Grease, has died aged 73, her family says. The star died from cancer, her manager told the BBC. Her husband John Easterling said she "passed away peacefully" at her ranch in California on Monday morning.

Café Europa. // Photo by Jordan Baranowski Some moves are a long time coming. The owner of Café Europa, Ben Cascio, has long wanted to find a larger location to help bring a bolder vision for his shop to life. "Café Europa has been woven into the fabric of the Crestwood Shops for so long," he says.

Sunny and breezy for your Tuesday

Hide Transcript Show Transcript UNFORTUNATELY DEPENDING ON IF YOU LIKE THE HEAT. WE HAVE TO ENJOY IT WHILE WE CAN , THOSE LESS HUMID AND LESS HOLIDAYS WHICH IS GOING TO BE TODAY. TOMORROW WE WILL GET INTO THE 90'S AND HE FEEL HUMIDITY THURSDAY AND FRIDAY.

KAYTRANADA, Anderson .Paak - Twin Flame is the song of the day and this is the OPEN THREAD for right now.