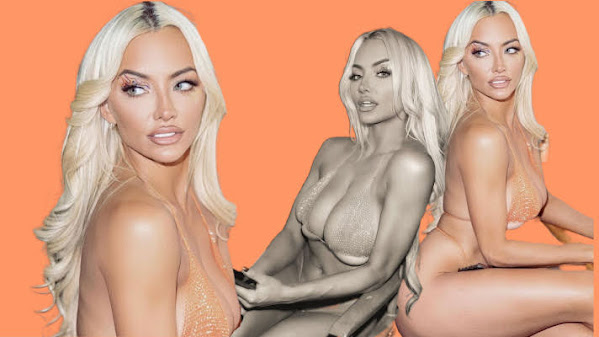 In this post we take another peek at hottie Lindsey along with pop culture, community news and top headlines . . .

TEDxKC is Friday, lineup includes an exciting mix of topics

At 6 p.m. this Friday at the Kauffman Center, TEDxKC will have a lineup of ten speakers whose expertise range from a sky full of stars to the key to happiness to a MacArthur Genius. The theme is "Emerge. Breaking Through. Branching Out." and all ten speakers are sure to deliver.

MOSBY, Mo. - Cops, deputies and troopers are all on the lookout for wrong-way drivers in Clay County, Missouri. "Once they start driving the wrong way especially at night they don't find any turn-arounds and they just keep driving, so it is a pretty predominant problem in this area specifically," Excelsior Springs Lt.


No Cash For Kansas Roads?!?

Barstool Sportsbook is racing to open a temporary facility at Kansas Speedway by the beginning of September, which would be the first physical sports wagering facility at a NASCAR track. Kansas still is finalizing its rules for sports wagering, but Barstool aims to open the facility in time for the beginning of the National Football League season, which is one of the nation's biggest attractions for sports betting.

The dream of the '90s is alive beneath Screenland Armour

Rewind Video Dive behind the Screenland Armour Theater. // Photo by Chase Castor Take a stroll down a North Kansas City alley behind a strip of Armour Rd. businesses, and just past a set of dumpsters there's a door with a Blockbuster-esque logo that welcomes the weary with a portal to a simpler time.

An American bikini model has revealed the way she deals with abusive and sexist online trolls. Lindsey Pelas, 31, has more than 8.6 million followers on Instagram, where she posts racy snaps of herself in lingerie and swimwear.


Tax Trouble For The Don

Florida Senator Marco Rubio has warned the Joe Biden administration is "playing with fire" after Donald Trump said the FBI had raided his Mar-a-Lago resort. The former president announced in a statement Monday that his home in Palm Beach, Florida, was "under siege, raided, and occupied by a large group of FBI agents" who were taking part in an "unannounced raid."

Why the Trump search warrant is nothing like Hillary's emails

Former President Trump took a victory lap Tuesday night after Rep. Jaime Herrera Beutler (Wash.), one of 10 Republicans who voted to impeach the former president over his role in the Jan. 6 Capitol attack, conceded in her primary race. Trump in his statement congratulated his endorsed candidate, former Green Beret Joe Kent (R), on...

Grand jury declines to indict Carolyn Bryant Donham, the woman whose accusations led to death of Emmett Till

A grand jury in Mississippi has declined to indict the White woman who accused 14-year-old Emmett Till of making advances toward her nearly 70 years ago, allegations that led to the Black teen's brutal death.

In the Russian-occupied Ukrainian city that hosts Europe's largest nuclear-power plant, residents are taping up windows in fear of a radioactive leak and sticking close to home as fighting rages around the complex and Moscow-installed authorities gear up for a possible annexation of the region by Russia.

5.4 billion deal to acquire the biotech Global Blood Therapeutics continued a year-long $26.4 billion buying spree, as the company puts its Covid-19 windfall to work shoring up its long-term revenue picture. The M&A campaign undertaken by (ticker: PFE) stands in contrast to the strategy of its rival (MRNA), which has done no M&A so far, instead spending its Covid-19 cash on its own pipeline and stock buybacks.


Hate Crime In Time Of Plague

Police in Washington, D.C., are investigating a suspected hate crime after two men were punched by assailants who hurled a gay slur at them while referencing monkeypox, according to a police report. The incident occurred Sunday afternoon in Northwest D.C., according to a public incident report from the Metropolitan Police Department.

Just when we thought Kim Kardashian and Kanye West might finally be seeing eye to eye, things just got a little more complicated. As I'm sure you've already heard, Kim and her boyfriend, Pete Davidson, broke up last week after nine months of dating.

Hide Transcript Show Transcript BELIEVE I GET TO SAY THIS BUT WELCOME TO MY SHOW. JENNIFER HUDSON IS TAKING ON DAYTIME TELEVISION. YOU ALREADY TAKING ON EVERYTHING ELSE STARTING NEXT MONTH THIS MORNING. SHE IS HERE. KANSAS CITY AHEAD OF THAT DEBUT. SHE'LL BE SPENDING SOME TIME TODAY WITH KIDS FROM THE BOYS AND GIRLS CLUB.

In today's double-header against the Chicago White Sox, the Kansas City Royals won the first game 4-2 and lost the second game 3-2 in a pair of close contests against a divisional rival. Vinnie Pasquantino provided the offense with assistance from Nick Pratto.

KANSAS CITY, Mo. - The parent company of Kansas City's Worlds of Fun adventure park plans an announcement later this week about "major capital improvements." Cedar Fair officials said more information about the project, which is slated for 2023, is forthcoming. Next year marks the 50th year of operation of Worlds of Fun.

Wednesday will be slightly warmer

Hide Transcript Show Transcript LOCALLY . JUST A FEW CUMULUS CLOUDS. WE WILL HAVE A MOSTLY CLEAR SKY. TEMPERATURES NEAR 80 BY 8:00 P.M. PULLING INTO THE 70'S AFTER THAT. I GREAT EVENING TO -- A GREAT EVENING TO HAVE DINNER OUTSIDE. ESPECIALLY FOR TONIGHT HEADING INTO YOUR WEDNESDAY MORNING, LOOK AT THESE LOWS.