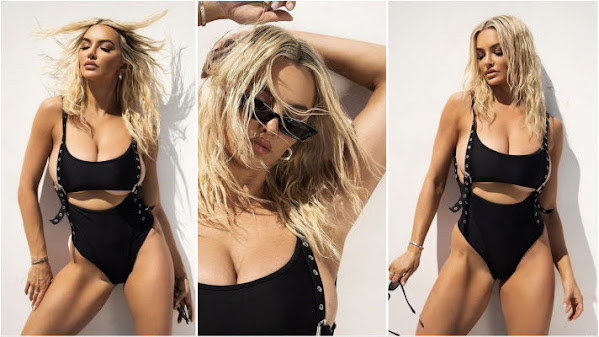 INDEPENDENCE, Mo. - It isn't the Mega Millions jackpot, but a Missouri man is feeling pretty lucky after winning $50,000. He stopped at the QuikTrip at 2601 S. 291 Highway, in Independence. According to a release from the Missouri Lottery, the man said a "Millionaire Blowout" Scratchers ticket caught his eye recently.

Eat Sheet: Our Tips on Where to Dine in Kansas City

You don't have to hang out on the coasts to get great food: Kansas City is one of the best spots in America's heartland for it. An explanation for our dining guide, Eat Sheet , can be found Kind Food here .


Team Of The Future Debuts

Change can be hard, but it's also necessary. The New England Patriots are a perfect example. Between 2001 and 2018, the team won six Super Bowls - and went to the AFC Championship 13 times. But during that nearly two-decade stretch, how many different versions of the Patriots did we see?

KANSAS CITY, Mo. - An Amtrak train attendant who was on board the Southwest Chief on June 27 when it collided with a dump truck has filed a lawsuit in state court. The state lawsuit marks the first time that the Missouri Department of Transportation is listed as a defendant in the deadly crash.

The Kansas City Chiefs rewarded one of their veteran leaders with a pay raise last week. Travis Kelce received an advance on his pay by way of a restructured contract last week. Essentially, he'll earn more of the money in his contract a bit sooner than originally intended.

I'm a model - there's a stigma to being sexy, I'm more than my body

GLAMOUR model Lindsey Pelas is sexy - and she's not hiding it. But the 31-year-old blonde bombshell tells The Sun that being so unapologetically hot means people often mistake her for being dumb or mean - and not only are they wrong, but they're being manipulated into thinking that.

Biden announces killing of al-Qaeda leader in Kabul: 'Justice has been delivered'

Biden announces killing of al-Qaeda leader in Kabul: 'Justice has been delivered' (WASHINGTON) -- President Joe Biden announced Monday that the U.S. had killed al-Qaeda leader Ayman al-Zawahiri in a drone strike in Kabul, Afghanistan, over the weekend. He hailed the operation as a significant win in the fight against terror groups overseas -- including in countries where the U.S.

CNN's Jeff Zeleny and David Chalian discuss former President Donald Trump's 11th-hour endorsement of Eric Greitens and Eric Schmidt who are running against each other in the Republican Senate primary in Missouri.

U.S. House of Representatives Speaker Nancy Pelosi was expected to arrive in Taipei later on Tuesday, people briefed on the matter said, as several Chinese warplanes flew close to the median line dividing the Taiwan Strait, a source told Reuters.

Sen. Josh Hawley (R-Mo.) on Monday said he would vote against Finland's and Sweden's bids to join NATO, a move that would go against most of his colleagues from both sides of the aisle. In an op-ed published by The National Interest, Hawley says the United States shouldn't expand its security commitments in Europe due to a more pressing threat...

Student-loan payments are set to resume in one month. Biden said he is planning to announce student-loan forgiveness before then. He is reportedly considering $10,000 in relief for borrowers making under $150,000 a year. It's August, and for student-loan borrowers, that means one thing: President Joe Biden has one month to announce whether he will be cutting their debt balances.

WASHINGTON - Jen Burch, 35, a retired staff sergeant in the Air Force, looks strong and healthy from the outside. She says that inside, however, she's suffering from ailments that she believes are related to her service during the Afghanistan war more than a decade ago.

Several members of Congress shared their reactions to a video of Vice President Kamala Harris introducing herself using her pronouns. "What's the big deal? Let people introduce themselves and represent themselves how they want," Rep. Jamaal Bowman, a Democrat, told Fox News. Republican Rep.

'Living with COVID': Where the pandemic could go next

LONDON/CHICAGO, Aug 1 (Reuters) - As the third winter of the coronavirus pandemic looms in the northern hemisphere, scientists are warning weary governments and populations alike to brace for more waves of COVID-19.

US sending $550 million in military aid to Ukraine, including HIMARS ammunition

US officials announced another $550 million in military aid will be sent to Ukraine, including 75,000 rounds of 155mm artillery ammunition and additional ammunition for High Mobility Artillery Rocket Systems (HIMARS). Four more HIMARS, which have a longer range and are more precise than older artillery Soviet-era rocket systems, arrived in Ukraine on Monday morning.


Fished In By Social Media

A Playboy Playmate left social media followers hot under the collar with her most recent snap. Iryna Ivanova is no stranger to flashing the flesh online, much to the delight of her followers. She boasts a huge following of 1million fans on Twitter where she often shares her sexy photos.

Animation is an in-demand industry, with some starting jobs earning as much as $100k. But colleges aren't keeping up, according to Hollywood animator Gavin Dell. Dell has spent more than 30 years in Los Angeles as an animator and director for shows like "Scooby Doo" and "Family Guy."

After a four-year hiatus, LaunchKC is officially set to bring back its signature grants competition. Early-stage tech companies will have the opportunity to each win $50,000 in non-dilutive grants, plus access to business support and networking

The Peanut is a Kansas City culinary institution. When I have friends who used to live here come visit they want BBQ and Peanut wings. "3 wings and Fries" is the classic order. I like to add cheese to my fries because it's the right thing to do.

IMPACT DAY: KC may hit 100° for the second time this summer

She & Him - Melt Away is the song of the day and this is the OPEN THREAD for right now.