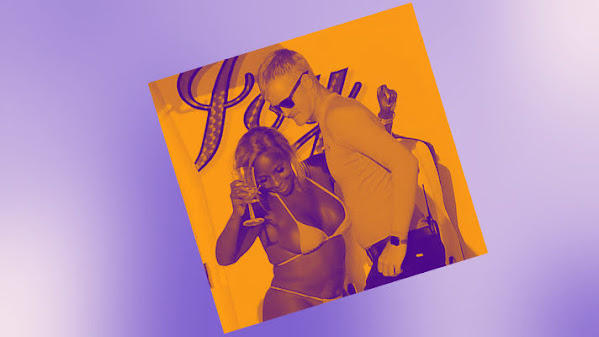 Nearly five years ago, former Royals manager Ned Yost strolled out towards home plate, with his lineup card in hand, to have a conversation with home plate umpire David Rackley. In doing so, he removed Lorenzo Cain, Mike Moustakas, Alcides Escobar, and Eric Hosmer from the game simultaneously.

Rolling through the years: People are embracing the fun at Winnwood Skate Center's Adult Night

What has two legs, eight wheels and a lifetime of experience? An adult on roller skates.For all that was lost in the pandemic, many gained new skills. Ciara Chinyere is in her 30s and started roller skating as something to do during stay-at-home orders in the early portion of the COVID-19 pandemic.


Tasty Party For Great Cause

Strawberry Swing hosts a pop-up with local makers and shakers at Outreach Event Space in the heart of the Crossroads, from 4 to 8 p.m. on Aug. 5.

Kansas voters' overwhelming rejection of a constitutional amendment that would have allowed state lawmakers to ban abortion will have "huge repercussions in the rest of the country," Kansas City Mayor Quinton Lucas said Thursday. He pointed out that a number of Republicans who voted for Kris Kobach as the nominee for attorney general also voted "no" on the constitutional amendment.

SHAWNEE, Kan. - When Rico Johnigar moved into his apartment complex in Shawnee nearly four years ago, he said his basement became infested with bugs within a few months. But the bugs became the least of his worries once he discovered a bat living in his basement.

Mary J Blige and Taraji P Henson, both 51, in bikinis in Italy

This summer these ladies are unwinding from the stress of Hollywood by taking in the tranquil Mediterranean Sea as they visit Porto Cervo in Sardinia, a large island off the coast of Italy. Chart-topping singer Mary J Blige and Empire actress Taraji P Henson - who are both 51-years-old and only four months apart - were seen on Thursday showing off their incredible bikini bodies.

Right-wing talk show host Alex Jones will have to pay the parents of a Sandy Hook shooting victim a little more than $4 million in compensatory damages, a jury decided Thursday, capping a stunning and dramatic case that showcased for the public the real-world harm inflicted by viral conspiracy theories.

And some can't understand why the question is even being asked. "He's the president. I support him, and the voters decide. He decides. I don't even understand why that's a question today," said Patty Murray, the No. 3 Senate Democratic leader who's facing a promising GOP recruit this fall in the blue state of Washington.

Transportation Secretary Pete Buttigieg has hit out at people who blamed President Joe Biden for high gas prices, but have been silent as they have fallen in recent weeks. "We're seeing it go under four bucks in more and more places, but not everywhere and, of course, we want to see it continue to go down past that," Buttigieg told Mika Brzezinski during an appearance on MSNBC's Morning Joe on Thursday.


Round World After All

BEIJING - Data show that Taiwan depends more on China for trade than it does on the U.S., even if U.S. House Speaker Nancy Pelosi threw her weight behind Taiwan this week in a high-profile visit. Taiwan came under military and economic pressure from Beijing this week, after the democratically self-ruled island allowed the visit of Pelosi - the highest-ranking U.S.

As federal health officials declared the monkeypox virus a public health emergency in the U.S. on Thursday, here's where cases and vaccines stand in Michigan. Michigan recorded 66 cases of monkeypox in 11 counties, according to the data Wednesday on the state health department website. On Friday, the state had 37 cases.

In 1950 Herb Harper took his 4x5 camera to a talent show . I have the negatives, but have no idea if it's a park, church function, or what. Seems elaborate. Anyway, enjoy and share any info you might have in the comments. It was very likely here in KC...

Hot and humid for the next several days

ANNOUNCER: EXCLUSIVE LIVE RADAR AND THE NINE-DAY FORECAST, SO YOU WILL KNOW FIRST. KELLY: WE HAVE BEEN TALKING ABOUT THE HUMIDITY. NEVILLE: IT MAKES A DIFFERENCE BECAUSE IT IS NOT JUST HOT, IT IS NOT JUST THE LOW 90'S FOR THE TEMPERATURES, WE WILL SEE MORE MID 90'S TOMORROW, AND EVEN MORE SO SATURDAY AND SUNDAY, BUT IT IS THE HUMIDITY.