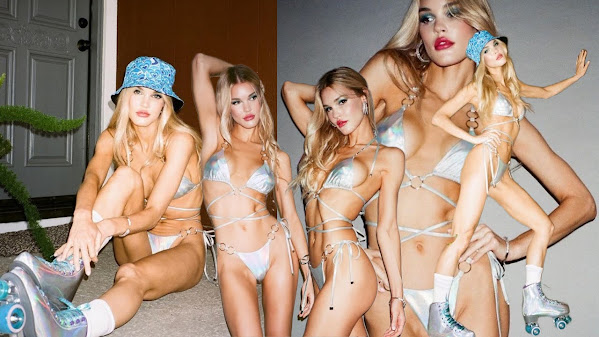 WASHINGTON - Four federal legislators - three from Missouri and one from Kansas - have told regulators that they back the proposed Canadian Pacific-Kansas City Southern merger. Missouri Sen. Roy Blunt and Reps. Sam Graves and Emanuel Cleaver, along with Kansas Sen. Jerry Moran - all Republicans - told the Surface Transportation Board in an Aug.


Newspaper Runs Out Of Ideas

What do you love most about your Kansas City neighborhood or community? Tell The Star

What do you love most about your neighborhood? We'd love to hear. Covering almost 8,500 square feet and spanning a state line and a river, the sprawling Kansas City metro contains too many neighborhoods and communities to count.

Missouri and Kansas get their U.S. Senate matchups

Kansas Sen. Jerry Moran has held his seat since 2010, and it would be easy to assume that conservative Kansas would back him again. But KCUR's Laura Ziegler reports that some voters are rethinking their priorities after the last six years, while Democrats are rethinking their strategy for campaigning.

The Chiefs Are Ready for a Cornerback Cage Match

The Kansas City Chiefs heavily addressed the cornerback position this offseason. They selected four cornerbacks in the draft, traded for another, and signed more to provide competition. There was a clear emphasis on retooling the cornerback room while getting younger. As a result, the Chiefs' most experienced cornerback is entering his fourth year.

KANSAS CITY, Mo. - The Royals are stepping up to help make sure teachers have what they need to begin the new school year. Teachers spend an average of $750 of their own money each year on supplies for their students, according to a study last year.

BONNER SPRINGS, Kan. - Fans will have to wait to see the band Kansas. The band postponed its July concert at Azura Amphitheater after members and others touring with the band tested positive for COVID-19. Kansas announced Wednesday it canceled the concert.

Joy Corrigan looked incredibly toned as she posed in an exotic strappy silver bikini for a late summer photo shoot in new images shared to her Instagram page on Wednesday. The 27-year-old Victoria's Secret veteran flaunted her formidable figure in the metallic strappy bikini from Naked Species, which she tagged.


White House Stands Up For Cannabis Baller Captured By Russkies

President Biden blasted Russia for sentencing Brittney Griner to nine years in a penal colony for cannabis possession and smuggling, calling the decision "unacceptable." "Today, American citizen Brittney Griner received a prison sentence that is one more reminder of what the world already knew: Russia is wrongfully detaining Brittney," Biden said in a statement released by the White House.

After the 2016 election, I was hanging out with a group of friends discussing how badly the press had screwed up its predictions about Donald Trump's chances at victory-seeing as how he had just won the presidency, despite the apparent odds. One attendee, a fellow political journalist, came up with a particularly evocative metaphor for the situation.

Pelosi went to Taiwan. How far does China want to take the crisis?

TAIPEI, Taiwan - House Speaker Nancy Pelosi made history and drew China's wrath with her visit to Taiwan, which lasted less than a day. But the consequences for the Beijing-claimed island and the broader region could continue long after her departure.

The dishonesty of right-wing conspiracy theorist Alex Jones was spotlighted in a Texas court on Wednesday as a lawyer for a pair of Sandy Hook parents cross-examined the Infowars founder and fact-checked his answers in real-time.

WASHINGTON - The Biden administration is undergoing a course correction in its response to the monkeypox outbreak after weeks of logistical and bureaucratic delays providing testing, treatments and vaccines. Biden officials acknowledge they are now playing catch-up as case numbers grow faster than initially expected, said people close to the administration, noting the number of infections has jumped from dozens to thousands in a short amount of time.

GOP senators bash Josh Hawley's opposition to adding Finland and Sweden to NATO: 'We beat China by standing with our allies'

Covid has settled into a persistent pattern - and remains damaging. It may not change anytime soon

ur tussle with Covid-19 - after a harrowing introduction and then wave upon wave of infections - seems to have settled into a persistent pattern. It may stay that way for a while. While Covid is not nearly the threat it once was, transmission of the coronavirus remains at sky-high levels.


Recession Across The Pond Also

The Bank of England has warned that the UK will fall into recession this year as it raised interest rates from 1.25% 1.75% in a bid to curb soaring prices. It expects the economy to shrink in the final three months of this year and keep shrinking until the end of 2023.

The adult film actress, known as "Mrs Robinson" online, has previously spoken about how she worked at several nine-to-five jobs, including those as a marketing executive and teacher, before she quit these positions to make money off her pornographic videos online.

A Kansas City Chiefs 1969 champion says his Super Bowl ring is missing. Former safety Jim Kearney says he noticed his ring was gone following a session on the driving range at the Shoal Creek Golf Course.Kearney talked with KMBC while preparing to report the ring missing to the Kansas City, Missouri, police department.

A look at Royals career records

I have a confession to make. My favorite baseball player to watch is Bryce Harper. Blasphemy, I know, but I love the way the guy plays, always full tilt and full of passion. When I am asleep, I dream of playing baseball like Bryce Harper.


Choke This Down In Waldo

Eat This Now: The Sicilian at Jovito's Italian Café & Deli

Have A Taste of the Ocean at Earl's Premier

It's soooooo hot......are you desperate for something new and refreshing to send a cool chill through your skin? I've got a suggestion: stop in Brookside's newest restaurant, Earl's Premier, and enjoy a tasty frozen gin and tonic at the bar. They sell a lot of them these days, over 1800 glasses just last month!

Sunny and warm for Thursday

The Stranglers - Golden Brown (TOTP 1982) is the song of the day and this is the OPEN THREAD for right now.