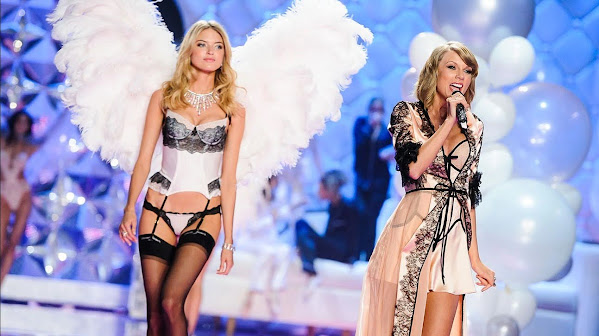 Singer is superb in Royals' 4-0 win over Dodgers

It wasn't a good series for the Royals overall, but Sunday afternoon was a bright spot, thanks to a handful of youngsters. Brady Singer was superb, firing six shutout innings as the Royals shut down the Dodgers, winning 4-0 to salvage the last game of a series loss.


The Word From War Zone

KANSAS CITY, Kan. (KCTV) - When Russia invaded Ukraine in February, Ukrainian pastor Alex Ilash and his family safely fled to Romania. That was until he felt the call to come back to his country -- and minister to the refugees. On Sunday, he came all the way to Kansas to share his story.

Kind Food launched in 2018 with the goal of bringing healthy, delicious food (and a healthy dose of compassion) to the growing plant-based, vegan and plant-curious community in Kansas City. We believe strongly in our vision to perpetuate kindness, and it bleeds into every aspect of our business.


Mayor Q In His Own Words

Hide Transcript Show Transcript THINK YOU FOR JOINING US. TODAY WE DEVOTE OUR ENTIRE BROADCAST TO HEART OF THE MATTER CONVERSATIONS. WE HAVE A LOT TO TALK ABOUT IN HER FIRST CONVERSATION WITH KANSAS CITY MISSOURI MAYOR QUINTON LUCAS. WE BEGIN WITH FRANK DISCUSSION ON VIOLENT CRIME.

'He would hate this event': Bar owner hosts tongue-in-cheek .1K run in honor of his late brother

KANSAS CITY, Mo. - Patrick's Bar and No Grill in Waldo held its 13th annual Craig "Satch" Sanders .1K Memorial Run on Sunday. Owner Patrick Sanders hosts the charity event in honor of his late brother Craig. "Like brothers we fought, we argued and we would defend each other against any other person," Sanders said.


Scent Of An Angel

How Abercrombie, Victoria's Secret and Vitamin Shoppe use smell to get you to spend more | CNN Business

Have you ever stepped into an Abercrombie, Victoria's Secret, Vitamin Shoppe or another store and wondered: "What's that smell?" Scent is a subtle, often underrated, component of companies' attempts to entice customers and get them to linger around longer.

Trump sent cryptic message to Merrick Garland before warrant was unsealed: 'The country is on fire. What can I do to reduce the heat?'

Trump wanted to tell AG Garland that people around the US were enraged by the FBI raid of Mar-a-Lago. "The country is on fire. What can I do to reduce the heat?" was the message, per The New York Times. Several people took to social media to interpret Trump's words as a veiled threat.

Many Republican leaders immediately attacked the search when it occurred Monday, but some have since softened their criticism, particularly those like Turner who have expressed concern over the possible presence of classified documents. Some GOP moderates have offered criticism of their fellow Republicans over harsh rhetoric directed against the FBI and other law enforcement officials.

Cry MAGA, and Let Slip the Dogs of War

Since the Supreme Court overturned Roe v. Wade, Democrats have spent nearly eight times as much on abortion-related ads as Republicans have. Send any friend a story As a subscriber, you have 10 gift articles to give each month. Anyone can read what you share.


Cussing His Way To Texas-Sized Upset?!?

'Left to rot': The lonely plight of long Covid sufferers

Man with gun crashes vehicle into barricade near Supreme Court, dies by suicide

WASHINGTON - An unidentified man died after he crashed his car into a barricade near the Supreme Court in D.C. early Sunday morning, according to a U.S. Capitol Police spokesperson. The man drove his car into a vehicle barricade at East Capitol Street and Second Street around 4 a.m., the spokesperson said in a press release.

Warner Bros. Discovery has put out a statement condemning threats made against J.K. Rowling made following Friday's attack on Salman Rushdie. The author on Saturday said she was working with the police after receiving a death threat over her support for Rushdie. After hearing about the attack against the author, Rowling had tweeted: "Feeling very sick right now.

Taylor Swift may be making a run at an EGOT, because she's apparently gunning for an Oscar during this award season ... all over her short film, which qualifies. The singer's 14-minute video treatment -- which is part music video and film, starring Sadie Sink and Dylan O'Brien -- is eligible to be nominated for an Academy Award at the 95th annual ceremony next year ...

A guide to navigating 'election season' in the Catholic Church

ROME - By now, Pope Francis has denied that he's on the brink of resigning so often that it's virtually become part of his verbal "Greatest Hits" collection, akin to his rhetoric on the evils of clericalism or the dignity of migrants.

Bee populations are declining. More than half of the bat species in the United States are in severe decline or listed as endangered. And international scientists recently announced the monarch butterfly is perilously close to extinction.

"The whole purpose of education is to turn mirrors into windows." - Sydney J. Harris As we enter the period where students and parents get ready to head back to school, I find myself thinking about education in general. Receiving an education can open minds to new perspectives, and knowledge obtained is (hopefully) gained forever.

From One-Room Schools to School Districts: The History of Hickman Mills and Grandview Schools

But what did schools look like in our area's earliest days? They didn't have the luxury of on-site libraries, mass-produced textbooks and school nine months of the year. In the earliest days, there weren't even public schools.


Kansas City Cool Down Ahead

Monday will be slightly cooler with highs near 86

Hide Transcript Show Transcript RIGHT NOW AND AS FAR AS YOUR EVENING FORECAST GOES IF YOU'RE GOING TO DO SOME GRILLING, IT'LL SAY PRETTY TOASTY AS WE GO THROUGH THE NEXT SEVERAL HOURS TEMPERATURES WILL GRADUALLY COOL FROM THOSE LOWER 90S INTO THE 80S AND EVENTUALLY LOW 80S BY LATE THIS EVENING WITH THOSE PATCHY CLOUDS UPPER 60S AND PARTLY CLOUDY TOMORROW MORNING FROM THERE.