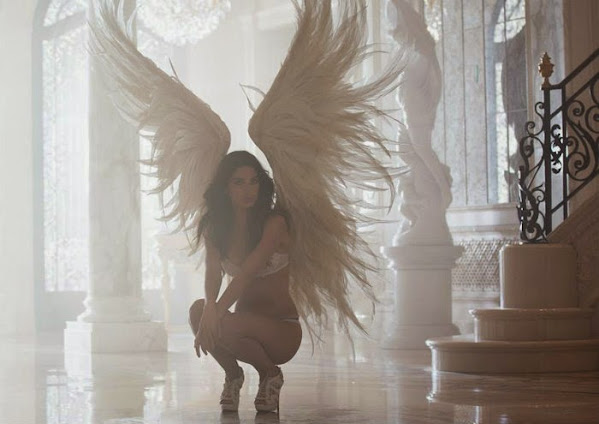 The Dodgers and Royals on August 13 in Kansas City will wear throwback 1955 Brooklyn Dodgers and 1945 Kansas City Monarchs jerseys, both worn by Jackie Robinson. Game-used uniforms and gear will be auctioned off to benefit the Negro Leagues Baseball Museum.

OPINION AND COMMENTARY Jackson County residents face an extraordinarily important choice in November, one with major implications for taxpayers, the county and the region. Incumbent Jackson County Executive Frank White, a Democrat, will face Theresa Galvin, a Republican, for the county's top job. It's a four-year term. The winner will be busy.

The Surface Transportation Board's Office of Environmental Analysis determined the only potential adverse impacts of Canadian Pacific's proposed merger with Kansas City Southern would be train noise, according to the STB's Draft Environmental Impact Statement released Friday. All other impacts were described as negligible, minor and/or temporary.

Missouri's top Democratic lawmakers have yet to receive a formal response to letters urging governors in Kansas and Illinois to help pay for abortions for out-of-state Medicaid patients, though a Kansas lawmaker said it is highly unlikely given Republican dominance of the state's legislature.

LAWRENCE, Kan (KCTV/AP) --- A man wanted in connection to the murder of four Ohio residents was arrested in Lawrence on Saturday night. Stephen Marlow, 39, was arrested in the city, according to Butler Township Chief of Police John Porter. Lawrence police later said the arrest happened around 9 p.m.

A TikToker, known only as Ciara, said she worked for the lingerie firm for five years and claimed bosses tried to enforce a dress code. She claimed Victoria's Secret workers had to get their hair and nails done and were required to wear makeup. Ciara said: "They tried to enforce this as much as they could."

DALLAS - Former President Donald Trump convincingly won the 2024 GOP presidential nomination straw poll at the Conservative Political Action Conference (CPAC) three-day gathering in Texas Trump, who's repeatedly teased making another presidential run in 2024 to try and return to the White House, captured 69% of ballots cast in the anonymous online straw poll, according to results announced by CPAC on Saturday.

Biden leaves White House for 1st time since getting COVID-19

REHOBOTH BEACH, Del. (AP) - Ending his most recent COVID-19 isolation, President Joe Biden on Sunday left the White House for the first time since becoming infected with the coronavirus last month and headed to a reunion with first lady Jill Biden in their home state of Delaware.

Around 80,000 tourists are stranded in the popular resort city of Sanya on China's tropical Hainan island after authorities announced lockdown measures to stem an outbreak of Covid-19.

Trevor Reed, an American citizen recently freed from a Russian prison, told CNN that WNBA star Brittney Griner will experience "serious threats" to her health if she is sent to a labor camp. Driving the news: "Anyone who is in a forced labor camp in Russia is obviously, you know, facing serious threats to their health because of malnutrition," he told CNN in an interview.

Senate Republicans are targeting vulnerable Democrats on hot-button campaign issues like taxes, gas prices and the border, as their colleagues plow forward with a sprawling economic bill key to President Biden's legislative agenda. Republicans are hoping to make Democrats feel pain with a series of tough votes on proposed amendments to the party's mammoth bill,...

After the 2020 election, Americans were clear: they wanted a viable third political party. In modern US history the country has been dominated by the Republican and Democratic parties almost to the exclusion of all others, effectively creating a near two-party monopoly on power in the White House, Congress and the state level.

Florida Gov. Ron DeSantis (R) is leaning into the culture wars as he weighs a 2024 bid. The Florida governor and rising GOP star on Thursday suspended a Tampa-area elected state attorney who had signed a pledge not to prosecute those who seek out or provide abortions in the wake of the Supreme Court's decision...

TAIPEI, Aug 7 (Reuters) - Chinese and Taiwanese warships played high-seas "cat and mouse" on Sunday ahead of the scheduled end of four days of unprecedented Chinese military exercises launched in reaction to a visit to Taiwan by the U.S. House speaker.

New York Times column urges Biden to give up re-election dreams: 'Hey, Joe, don't give it a go'

On Saturday, New York Times columnist Maureen Dowd spoke for three quarters of the Democratic Party, urging President Joe Biden to announce that he will not be running for re-election for the good of the country.

During an interview on "Fox & Friends Weekend," American Legislative Exchange Council economist Jonathan Williams slams Democrats' latest effort to combat inflation, the Inflation Reduction Act, arguing that raising taxes and increasing spending is "economic malpractice." JONATHAN WILLIAMS: And what we need is going in the opposite direction and actually cut spending in Washington.

Kete is no more.

KC Chiefs are fortunate to have returning specialists

Dave Toub is well aware of the Kansas City Chiefs position when it comes to their specialists. There's a reason he says he's "fortunate" when it comes to the trio of performers who will line up as kicker, punter, and long snapper for yet another season.

It has been three weeks since the nationwide launch of the new 988 Suicide and Crisis Lifeline.In the Kansas City area, mental health professionals help people 24 hours a day, seven days a week.Dr. Kristin Feeback leads CommCARE, a local 988 call center. It covers 22 counties in northwest Missouri.

Hide Transcript Show Transcript I KNOW IT'S GONNA BE HOT AND STICKY OUT THERE, TOO. YES. YES IF YOU ARE GOING OUT TO SAINT JOE FOR THAT EVENT IT. GOING TO START WITH 80 DEGREES AT 9:15 AND THEN IN THE AFTERNOON SAINT JOSEPH HAS A HIGH EXPECTED OF 94 IN A HEAT INDEX OF 105.

The Staple Singers - I'll Take You There is the Sunday song of the day and this is the OPEN THREAD for right now.