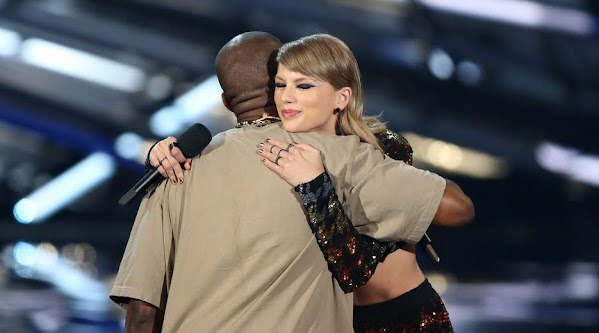 Don't worry . . . The condition of LOCAL ROADS WILL NOT IMPROVE despite the bureaucratic slap fight.

Here's the postscript that features both sides retreating a bit . . . In much the same way that Kanye & Taylor Swift never REALLY wanted to interact with one another.

In a follow-up tweet Friday, Platt recognized the company’s work for that stretch of Linwood.

“Thank you @spire_energy for restoring all four lanes of this section of Linwood and for working to resolve other street closure safety issues as well- these certainly meet our new #spirestandards,” the city manager wrote . . .

Earlier this week, Spire executive Stephen Mills told The Star that the company was working to coordinate as best as possible with the city. He added that Spire was awaiting word of what specific steps should be taken to put the issue to rest.

“We’ve been adhering to the new street cut ordinance,” Mills said at the time, adding: “As far as we’re concerned, we’ve been doing what we should do.”

Following some public criticism and a recent threat by a city official to stop issuing work permits, Kansas City utility provider Spire Energy announced Friday that part of Linwood Avenue affected by one of its projects had fully reopened to traffic.