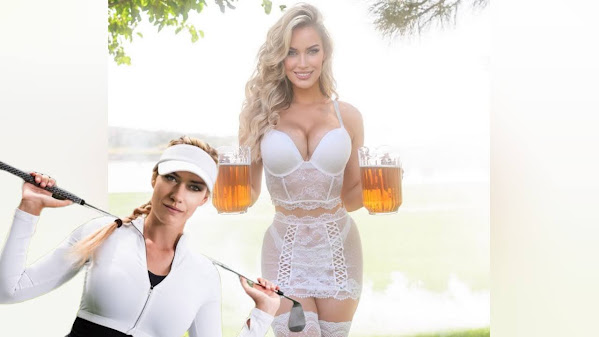 In this quick news collection we take a peek at hottie Paige promoting a new towel along with pop culture, community news and top headlines.

To honor the late Len Dawson, his jersey is on sale again, only with this one you can eat it. An Overland Park bakery is honoring the legend not just for what he accomplished but for the type of person he was.Every person has reacted to the passing of Len Dawson in a unique way.


New Schemes At End Of Summer

It's always a good day to explore the City Market. | Photo by KCtoday The River Market is already a popular destination for downtown residents and suburban weekend warriors, but six new developments are adding even more to the area. Let's take a look: Look out, Betty Rae's.

Drought has dried up rivers and lakes, revealing abandoned towns and shipwrecks

Peaking just above the muddy waters of the Missouri River near Vermillion, South Dakota, are the skeletal remains of a steamboat's hull. The North Alabama went down in 1870, but it reemerged due to the river's low level this summer.

KANSAS CITY, Mo. (KCTV) - In anticipation of a busy Labor Day weekend, the KC Streetcar will modify its operational hours during the holiday weekend.. With downtown Kansas City hosting events including KC Irish Fest at Crown Center, First Fridays in the Crossroads Arts District and KC Chalk and Walk Festival at the City Market, the streetcar will extend Sunday service.

The Kansas Reflector welcomes opinion pieces from writers who share our goal of widening the conversation about how public policies affect the day-to-day lives of people throughout our state. Lucie Krisman has reported on beats that include local government, business, and arts and culture.

The correspondence represents the Biden administration's first known engagement with Congress on the issue of the ongoing investigation ensnaring the former president. Court documents unsealed in recent days have revealed that the Justice Department is investigating potential violations of the Presidential Records Act, the Espionage Act, and obstruction of justice.

Progressives are facing down a seeming disconnect over what's politically achievable in Washington and what wins elections back home. On one hand, they've won major policy battles from the White House to Capitol Hill this month, moving Democrats beyond what many thought was possible to accomplish under President Biden.

Democrats Slam Republicans As Haters, Semi-Fascists, And Tell Them To Get Out Of Town - All In One Week

It has been quite the week for civility in Biden's America as Democrats up and down the East Coast likened Republicans to haters and "semi-fascists." One governor even told Republicans to get out and move to Florida - which honestly doesn't sound like the worst idea.

A second foreign national is being investigated by US authorities for gaining access to Mar-a-Lago, Donald Trump's Florida resort which is at the center of an FBI probe over missing classified documents, heightening fears over security lapses both during and after his presidency.

Almost a month has passed since the winning numbers were drawn in the $1.34 billion Mega Millions lottery, but the lucky person who won has yet to come forward and claim the prize.

As the war in Ukraine has passed the six-month mark, US and European officials say Ukraine has successfully used a method of resistance warfare developed by US special operations forces to fight back against Russia and bog down its vastly superior military.

Monkeypox Cases Are Declining in New York City and Globally

Rising vaccinations rates combined with changes in sexual behavior have shifted the disease's trajectory, health officials said. Send any friend a story As a subscriber, you have 10 gift articles to give each month. Anyone can read what you share.

Country music superstar Alan Jackson's concert at T-Mobile Center in Kansas City Saturday night has been postponed.T-Mobile officials said the country music star tested positive for COVID-19."I'm so sorry I can't be there tonight," Jackson said in a news release.


South Side Is For The Birds

Not just for the birds. Burge Bird Rescue now in third decade of saving exotic pets

After graduating from the University of Missouri's College of Veterinary Medicine in 1987, Dr. Julie Burge expected to focus much of her work on cats, dogs, and farm animals as the profession typically entails. Degree in hand, Burge moved to upstate New York, about 90 miles north of New York City, and began her career working at a small animal practice seeing dogs and cats.

KANSAS CITY, Mo - The National Congress of Black Women's Kansas City chapter hosted its fifth annual "Women and Girls Public Chance" conference on Saturday. The event is an opportunity for Black girls and women to connect and network with each other.

On this week's episode of the Northeast Newscast, Publisher Michael Bushnell is at the Kansas City Museum with Chiluba Musonda, Deputy Director of Operations & Organizational Development, and Paul Gutiérrez, Director of Visitor Experience & Public Programming, to discuss current and future food programming at the Museum.


The Wait For Kansas City Football Almost Over . . .

KANSAS CITY, Mo.- The Chiefs have concluded their preseason and have already made five roster cuts ahead of Tuesday's deadline. They released tackle Roderick Johnson and waived quarterback Dustin Crum, running back Tayon Fleet-Davis, wide receiver Aaron Parker and linebacker Mike Rose Johnson was drafted by the Cleveland Browns in 2017 as fifth-round selection.

Warm with a chance for showers later in the day

Hide Transcript Show Transcript TICKETS TO A CHIEFS GAME. PETE: NICE. MATT: AND A NICE DAY FOR IT, PETE. PETE: IT IS A NICE DAY AND WILL BE FAIRLY DECENT BY THE AFTERNOON AND RAIN IS ON THE WAY WHICH WE NEED. MATT: WE HAD A LONG STRETCH OF DRY WEATHER.

Soccer Mommy - Shotgun is the song of the day and this is the OPEN THREAD for right now.