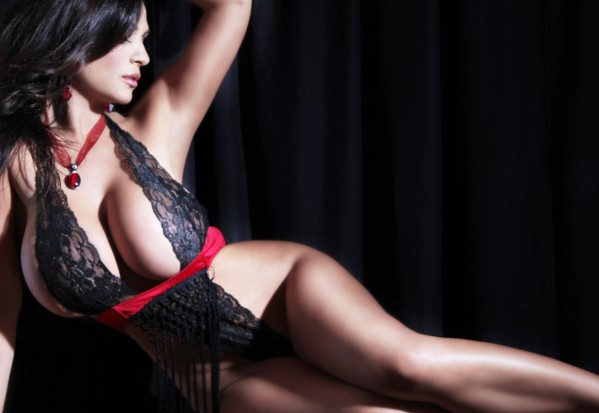 Right now we do a bit of re-calibration by way of remembering hottie Denise as we check pop culture, community news and top headlines in a quick late night compilation.

Before the game if asked what the Royals' most pressing issue on offense was, you might have said an inability to bring runners home from scoring position. If asked about Daniel Lynch pitching, you'd probably have mentioned his inability to finish hitters off. Naturally, both of those things played into tonight's loss.

KANSAS CITY, Mo. - A hot tar spill damaged vehicles and forced the shutdown Saturday night of westbound Interstate 435 at Roe Boulevard in Overland Park. The spill happened about 7:50 p.m. and damaged tires on mulitiple vehicles along the busy interstate, police said. No injuries were reported.

Want more love about Kansas City? Here are our strangest claims to fame

This story was first published in KCUR's Creative Adventure newsletter. You can sign up to receive stories like this in your inbox every Tuesday. Kansas City is known for a lot of things. Our fountains rival Rome's. We're a cradle of jazz. Our sports teams win national championships.

It's Over: Trump Will Be Indicted

I have finally seen enough. Donald Trump will be indicted by a federal grand jury. You heard me right: I believe Trump will actually be indicted for a criminal offense. Even with all its redactions, the probable cause affidavit published today by the magistrate judge in Florida makes clear to me three essential points: (1) Trump was in unauthorized possession of national defense information, namely properly marked classified documents.

Sen. Marco Rubio, R-Fla., shared three problems he has with President Biden's student loan handout on Saturday's "One Nation with Brian Kilmeade." MARCO RUBIO: I think the student loan thing in America is a big problem and it's broken and needs to be fixed and needs to be reformed, and I have bipartisan ideas I've been pushing for years to do this.

A company seeking to merge with Truth Social cited Trump's reputation as an "important factor" to its financial success in an SEC filing. As Trump contends with ongoing legal battles, Digital World said its financial footing "could be adversely affected." Truth Social is accused of stiffing a vendor out of more than $1 million in contractually obligated payments.

Time is running out to order free at-home COVID-19 tests after the government said on its coronavirus website that it will pause orders on Sept. 2 or "sooner if supplies run out." Why it matters: Consumers should prepare to soon pay for COVID-19 treatments and vaccines as the federal government prepares to shift costs back to health insurers, Axios' Arielle Dreher reports.

US sends two warships through Taiwan Strait, in first transit since Pelosi trip

Two United States Navy warships have entered the Taiwan Strait in what is the first US naval voyage in the waterway since US-China tensions spiked this month over a visit to the island by House Speaker Nancy Pelosi.

The job market for Kansas City pianists is looking up this year. Uptown Lounge piano bar opened in midtown in June, then Tequila Flats at Guitars & Cadillacs, a dueling piano bar, opened in Overland Park in July.

Hide Transcript Show Transcript JUST A FEW SHOWERS AND A FEW THUNDERSTORMS OUT THERE. WE'LL KEEP THAT RAIN CHANCE THIS EVENING RIGHT AROUND 20% CHANCE, SO IT'S NOT A WASHOUT EVENING, BUT IF YOU GET UNDER ONE OF THOSE THUNDERSTORMS, IT'LL DUMP SOME HEAVY RAIN AND SHORT AMOUNT OF TIME TEMPERATURES FOR MOST AREAS IN THOSE 80S EXCEPTION IF YOU'RE UNDER ONE OF THOSE STORMS, YOU'RE GONNA BE IN THE 70S 83 BY NINE PM AND THEN HANGING OUT NEAR 80 DEGREES BY ELEVEN O'CLOCK TONIGHT.