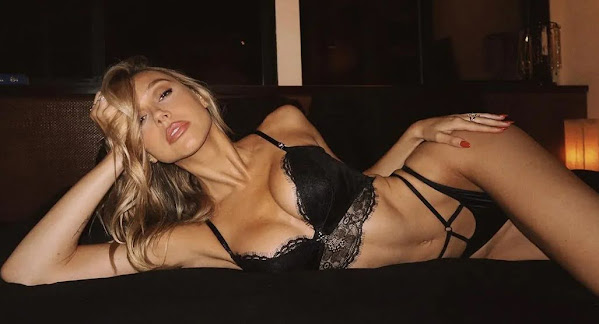 Patrick Mahomes to be inducted into Texas Tech's Ring of Honor

Patrick Mahomes is set to take his place among legends at his alma mater. The NFL and Super Bowl MVP winner will be inducted into Texas Tech's Hall of Fame and Ring of Honor on Oct. 28, the school announced Saturday. Mahomes found out about the honor following the Chiefs' preseason game on Saturday.

KANSAS CITY, Mo. (KCTV) - A Ukrainian exchange student who came to Kansas City in September 2021 is sticking around this fall thanks to some generous donations. Olga, a native of Kyiv, Ukraine, released a video Saturday morning thanking people for the support that will allow her to enroll at the University of Missouri-Kansas City this fall.

In its second fiscal year, the Kansas City-based nonprofit Generating Income For Future Generations (G.I.F.T) has more than doubled its grant amount for Black-owned businesses - but there's no hidden secret to that success, said Brandon Calloway.

Alexis Ren Is In Love, But You'll Never See Her Boyfriend On Instagram

In 2015, Alexis Ren rose to fame when she and her then-boyfriend Jay Alvarrez, a travel influencer and surfer, blew up on Instagram. Their photos together were impossibly gorgeous, always on some golden beach or lush forest, looking smitten.

Former President Donald Trump is considering filing a court motion which calls for the appointment of a "special master" to review and return evidence collected during last week's FBI search of his Mar-a-Lago estate, one of his attorneys said Friday.

President Biden commemorated Slavery Remembrance Day on Saturday, saying in a statement that "great nations don't hide from their history." "Today is a day to reflect on the terrible toll of slavery, and on our nation's profound ability to heal and emerge stronger. Despite the horrors they faced, these men and women and their descendants...


War Across The World

MOGADISHU, Somalia - Islamic militants have stormed a hotel in Somalia's capital, engaging in an hours-long exchange of fire with the security forces that left at least 20 people dead, according to police and witnesses.

Polio has reappeared in the United States for the first time in a generation. On July 18, the New York State Department of Health told the U.S. Centers for Disease and Control and Prevention it had detected the poliovirus, which can cause paralysis or death in a small percentage of cases, in a young adult from Rockland County outside New York City.

Russia accuses Ukraine of poisoning some of its soldiers

MOSCOW, Aug 20 (Reuters) - Russia's defence ministry accused Ukraine on Saturday of poisoning some of its servicemen in the Russian-controlled part of Ukraine's southeastern region of Zaporizhzhia in late July. An adviser to Ukraine's interior ministry said in response that the alleged poisoning could have been caused by Russian forces eating expired canned meat.

Things looked bright for KC after one batter. Drew Rasmussen, fresh off a start that saw him allow only a single hit in 8.1 innings, walked the very first batter - catcher MJ Melendez - he saw today. That was also the last time things seemed to be going the Royals' way.

Recreational golf can be lonely without community; this Olathe-built app brings players together on the green

He set out to create an all-encompassing, tech-enabled golf platform that would make his favorite sport more fun, accessible, convenient, and transparent - but Somanath Chilukuri already knew the hazards of the crowded course ahead of him. "Today there is so much app overload on people," said Chilukuri, an Olathe IT professional and the founder of the app.

Hide Transcript Show Transcript LEAVENWORTH 70S ACROSS NORTHERN, KANSAS AND MISSOURI LOWE'S BY TOMORROW MORNING NICE AND COOL SO YOU CAN OPEN THOSE WINDOWS UP. WE'RE GONNA BOTTOM OUT NEAR 60 DEGREES AND EVEN A FEW UPPER 50S.