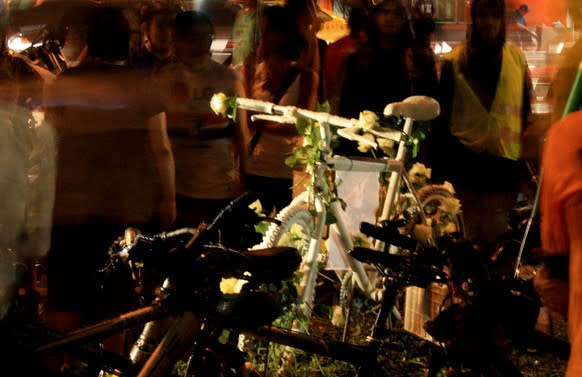 As always, let's define terms before any consideration of a topic . . .

Bike Supremacy is an ideology, pure — a faith in the moral inferiority of car and truck drivers, and in the moral virtue of cyclists.

Thankfully, there's not many people in the Kansas City metro who believe this sketchy premise.

A handful of adherents to the bike supremacy myth continue to occupy elected office and have made it their mission to ruin KC streets.

A scary passage from a story of a cyclist hit this weekend on the Plaza . . .

"The impact threw the cyclist onto the hood and into the windshield of the car. Police said he wore a helmet, but was transported to a hospital with critical injuries."

The noble mission of keeping EVERYONE SAFE on local streets has been discarded by "activists" in favor of sketchy & corrupt bike lane "solutions" which only serve to provide questionable kick-backs and promote an otherwise unrelated "green" agenda.

KANSAS CITY, Mo. - A cyclist is hospitalized after a collision involving a car late Sunday morning. The crash happened around 11:40 a.m. at West 51st Street and Wornall Road. According to the police report, the cyclist was riding his bicycle in the outside lane while traveling north on Wornall Road.