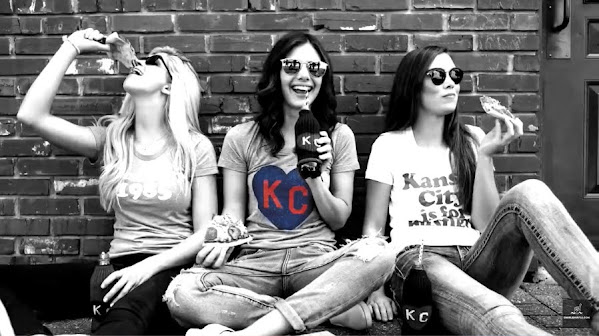 A move by a local fashionista signals an important trend taking hold in the metro and across the world.

Charlie Hustle, the popular Kansas City retailer whose merchandise is seen across the Kansas City area, has a new development behind the scenes of those shirts, hoodies and hats.

Those are all the rewards reaped by Charlie Hustle after they've made a four-day work week permanent for their office employees.

However . . . The groundwork for this movement is bigger than just a beloved Kansas City biz putting family ahead of pushing merch.

Employees across the globe are tired. Poor mental health and burnout are common, particularly among low-wage and essential workers. This prolonged period of uncertainty has made many re-examine the role their employers play in making matters worse; record numbers of workers are leaving jobs in search of better options.

But some people are going further, wondering aloud if there’s purpose to their work – or the economic system itself. These people are part of the ‘anti-work’ movement, which seeks to do away with the economic order that underpins the modern workplace. Anti-work, which has roots in anarchist and socialist economic critique, argues that the bulk of today’s jobs aren’t necessary; instead, they enforce wage slavery and deprive workers of the full value of their output.

That doesn’t mean there would be no work, however. Supporters of the anti-work movement believe people should self-organise and labour only as much as needed, rather than working longer hours to create excess capital or goods.

Anti-work is a fun idea that threatens the basic premises of capitalism for those who don't understand that a MASSIVE PREZ BIDEN FREE MONEY PRINTING SPREE has once again exposed the money/value myth that has been (mostly) effective at keeping/inspiring people to work themselves to death under the misapprehension that their efforts are appreciated and fairly rewarded.

The free money printing continued this week at a rate so brazen that the White House suggests it'll actually lower inflation . . . Instead of turning dollars into confetti. You decide which is more likely.

Meanwhile . . . Most of us know that the system is "rigged" when ballers are paid fortunes for a few hours out of their week and teachers are destined to spend their thankless days struggling to stay out of poverty.

All of this gets even more complicated when we consider that China's housing crisis and sketchy borrowing schemes might sink the whole world further in the recession without much of the nation understanding how the global economy is now at the mercy of automated trading robots and elaborately complex hedging strategies that only a handful of bankers could even begin to explain.

The historic course of inflation has sparked a creeping distrust of the current global economic system that's propped up by nothing more or less than faith, hope & trust . . . Remove any of those elements and we're in new territory wherein NOBODY cares about your fast food order or medical emergency anymore.

Sadly . . . Neither cryto nor gold bugs seem to be a viable alternative strategy.

Don't worry . . . We aren't going to pretend to have the answers in this late night post.

Republicans don't seem very excited about the so-called "red wave" and seizing back power. Are you even a tad curious why???

Maybe . . . Just maybe . . . Smarter people than all of us realize that taking responsibility amid economic harsh times is a thankless job that usually ends with old boss getting thrown out.

Prez Biden makes the perfect foil for everyone . . . And in the end his horrible polling numbers and the discontent he has inspired amongst American voters might be enough to distract from a fundamental flaw in corrupt global markets which tend to blow-up in everyone's face and teeter on the brink of collapse about every 10 years.

And all of this inspires our anti-work playlist tonight . . .

Here's a great ripoff/cover of an Isley Bros. tune by The Average White Band with their own very dance-able spin . . .

Styx was a pop/rock band who experimented with live performance musical theater . . . Still, despite their highfalutin creative ambitions, one of their best songs was a tribute to the plebs . . .

Finally . . . This song from Dire Straits speaks to the modern-era in quite a few ways . . . A computer-animated anthem notes the unfairness of the capitalist system, pop culture and societal values from the vantage of pixels on the low-end . . .