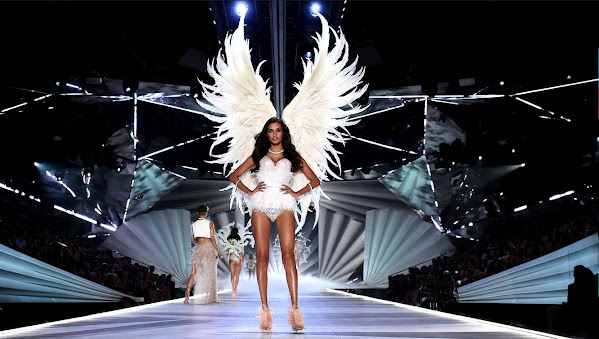 Tonight we dream of the angels and take another quick pause with a glimpse at pop culture, community news and top headlines.

It was a good Sunday for the Royals, who had lost 11 of 15 entering the afternoon, as they put on a show for a decent crowd at Kauffman Stadium. The result was a 15-7 win over the San Diego Padres, salvaging the series by avoiding a three-game sweep.


No Injuries As Golden Ghetto Haystack Goes Up In Flames

KANSAS CITY, MO. - Fire crews from three different agencies battled a fire at a large horse stable and arena in Johnson County on Sunday afternoon. The Overland Park and Olathe fire departments along with the Johnson County Fire District #1 responded to the fire in the 12600 block of west 183rd Street at around 4 p.m.


Redux As The Dotte Burns

Former VS Angel Heidi, 49, proved she's not letting go of her wings as she defended the lingerie brand against backlash Heidi also slammed the Hulu docuseries, which follows the shadowy relationship between CEO Les Wexner and pedophile billionaire Jeffrey Epstein She added that Hulu approached her to be in

Trump should have returned documents, but Congress has questions for investigators: Sen. Blunt

Sen. Roy Blunt, R-Mo., conceded on Sunday that former President Donald Trump should have returned the sensitive and classified documents he apparently took home with him after leaving office, which led to the FBI raid of Mar-a-Lago earlier this month.


Politico Might Not Realize We're Already Soaking In Recession

Sen. Warren 'very worried' the Federal Reserve 'is going to tip this economy into recession'

Sen. Elizabeth Warren, D-Mass., said Sunday she's "very worried" that measures taken by the Federal Reserve to tame inflation are going to put "millions" of Americans out of work. During an appearance on CNN's "State of the Union," Warren said she's concerned that the Fed's continued raising of interest rates could "tip" the country into a recession.

Green Bay Packers star Aaron Rodgers caused a stir last year when he tested positive for coronavirus in the middle of the season after telling reporters he had been "immunized." Rodgers later admitted he wasn't vaccinated against the coronavirus, and his strong defense against getting the COVID-19 vaccine drew some backlash.

Ukraine on edge as shellfire resounds around Zaporizhzhia nuclear plant

KYIV, Aug 28 (Reuters) - Shellfire at the Russian-occupied Zaporizhzhia nuclear power plant in Ukraine fuelled fears of major disaster as both sides kept blaming the other, while Russian forces targeted towns on the far side of the river from Europe's largest atomic plant.

L'AQUILA, Italy (AP) - Making a pilgrimage in an Italian mountain town, Pope Francis on Sunday hailed the humility of a 13th-century pontiff who resigned to live a hermit's life, and praised him for using his brief papacy to highlight the value of mercy and forgiveness.

Before landing the first humans on Mars, NASA wants to return to the lunar surface and establish a sustained human presence on the moon. The lessons learned from the beginning of the Artemis program could impact when and how humans explore Mars.

The Gorgeous Telescope Pictures You May Have Missed

Summer is almost over, and it's hard to believe it's been over a month since the James Webb Space Telescope (JWST) images were first released, and seemingly everyone was ooh-ing and aah-ing over the very pretty pictures. My social media feeds are no longer buzzing about stars.

KANSAS CITY, Mo. (KCTV) - Once again, Kansas City Chiefs quarterback Patrick Mahomes and tight end Travis Kelce made the NFL Network's Top 100 Players list. The order might leave some Chiefs fans in bewilderment. Mahomes was ranked #8 on the list for 2022 after being on top of it in the 2021 version.

Monday will be hot with storms possible later in the day

Hide Transcript Show Transcript FOR US HERE AS FAR AS RAIN GOES DRY WEATHER FOR THE REST, THE EVENING TEMPERATURE WILL GRADUALLY COME DOWN THROUGH THOSE 80S INTO THE UPPER 70S AS WE HAD TOWARDS ABOUT TEN O'CLOCK THIS EVENING LOWS BY TOMORROW MORNING, REALLY NOT VERY COOL AT ALL LOWER 70, SO IT'LL BE A WARM STAR TOUR DAY THAT HIGHER LEVEL OF HUMIDITY KEEPS THOSE TEMPERATURES UP AT NIGHT.