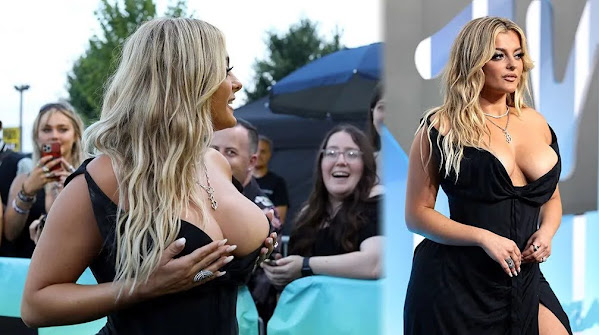 In this quick post hottie Bebe inspires us to take hold of ourselves and share this quick collection of pop culture, community news and top headlines.

The Kansas City Chiefs announced plans to honor legendary quarterback Len Dawson Thursday at Arrowhead Stadium.The team said the Chiefs Hall of Honor will be open Thursday for fans to view a tribute commemorating his life. Dawson died on Aug. 24 at the age of 87.The Chiefs said the tribute will be open from 1 to 9 p.m.

KANSAS CITY, Mo. - A Johnson County, Kansas Yoga studio has closed without warning and clients are upset. They want a refund for pre-paid classes but can't reach the owner. The doors at YogaSix Olathe have permanently closed. People who paid for classes in advance want their money back.


Local Help For Those In Need

Hundreds of people showed up for a rent and utility assistance event in Kansas City's Northland Monday and Tuesday.

The Department of Housing and Urban Development has filed a complaint against a Shawnee apartment complex and its managers saying a disabled veteran was illegally denied the ability to rent there because of his emotional support dog.

KANSAS CITY, Mo. - One dollar doesn't go as far for Harvesters as it it used to due to rising inflation and other economic stresses. Up until this summer, one dollar allowed the community food network based in Kansas City, Missouri, to buy three meals worth of food.

TikTok is to thank for this one. After a snippet of their song went viral on the social media platform, racking up an impressive 500 million views, David Guetta and Bebe Rexha officially released "I'm Good (Blue)," their modern remake of the 1998 club banger "Blue (Da Ba Dee)" by Italian outfit Eiffel 65.


White House Stands Up For G-Men

(CNN) - President Joe Biden on Tuesday delivered a forceful speech in the key battleground state of Pennsylvania that demonstrated his escalated rhetoric against "MAGA Republicans" in Congress months before the midterm elections.

It was two years ago last week when Donald Trump first started saying positive things about QAnon and its adherents. "I've heard these are people who love our country," the then-president said from behind a White House podium.

Top US Secret Srvice official Tony Ornato, who has become a figure of intense interest to the congressional committee investigating the January 6 Capitol attack, has retired from the agency. Ornato was thrust into the center of the January 6 furor as an eyewitness to some of the most critical incidents involving Donald Trump in the hours leading up to the deadly assault on the US Capitol.

Republicans hoping to seize control of the House in November are already setting their sights on what is, for many of them, a top priority next year: impeaching President Biden. A number of rank-and-file conservatives have already introduced impeachment articles in the current Congress against the president.

Opinion: When something Joe Rogan and Mark Zuckerberg said hits a little too close to home | CNN

Editor's Note: Dean Obeidallah, a former attorney, is the host of SiriusXM radio's daily program "The Dean Obeidallah Show" and a columnist for The Daily Beast. Follow him @DeanObeidallah. The opinions expressed in this commentary are his own. View more opinion on CNN.


Betting On Return To Work

Wall Street giant Goldman Sachs will lift all COVID protocols that have kept some workers away as it pushes all employees to return to the office five days a week after Labor Day, The Post has learned.

ISLAMABAD, Aug 30 (Reuters) - The United Nations issued a flash appeal on Tuesday for $160 million to help Pakistan cope with catastrophic floods that have killed more than 1,100 people, destroyed infrastructure and crops, and affected 33 million people.

For his part, Putin, who was serving in the KGB in East Germany during Gorbachev's time as leader, made it clear over the years that he saw the dissolution of the Soviet Union and the collapse of the Eastern bloc in Europe as humiliating to Russia.

The uncrewed Artemis I mission will get another attempt at launching on a journey around the moon on Saturday.

I have big boobs, I tried the viral TikTok swimsuit & it makes me look snatched

A TIKTOKER with big boobs tried on a viral swimsuit that is busty-girl friendly and makes her look super snatched. Finding flattering swimsuits for big-chested women is a difficult task. You want to feel supported while still looking your best. The swimsuit from the brand TA3 might be your next perfect match for the summer.

You shouldn't have to drive through hell to find a car, founder says; Startup brings concierge service to online auto customers

Not all car buyers want to be in the driver's seat - especially when attempting to navigate a disconnected roadmap of dealer-focused online marketplaces, said Eric Westphal, teaming up with two other veterans of Tallgrass Energy to launch a time-saving solution.

The Kansas City Chiefs made their first big-name release of cutdown day Tuesday morning, releasing wide receiver Josh Gordon, according to a report from NFL Network's Tom Pelissero. We have a complete Chiefs roster cutdown tracker here. The #Chiefs are releasing WR Josh Gordon, per source.

Race For The River: 17 years in, Missouri's MR340 is the world's longest non-stop paddling race

welcome everybody to 2022 marks. The 17th year for the M. R. 3 40. Nearly 500 votes set out to attempt the grueling 340 miles this year. And every year the race attracts paddlers from dozens of states and several countries all over the globe.


Who's A Golden Ghetto Good Boy?!?

SHAWNEE, Kan. -Could your dog be the next top model for the City of Shawnee? Mayor Michelle Distler is looking for a pup to represent the city and has launched a photo contest to find Shawnee's Top Dog. To qualify, pet owners must register and email a photo of their pooch to the city by Thursday, Sept.

Conditions point to a warm and sunny Labor Day. The weather is clear and cool Tuesday, with lows near 60. Wednesday will be sunny, with highs in the mid and upper 80s. Things become partly cloudy Thursday with highs in the upper 80s as well.