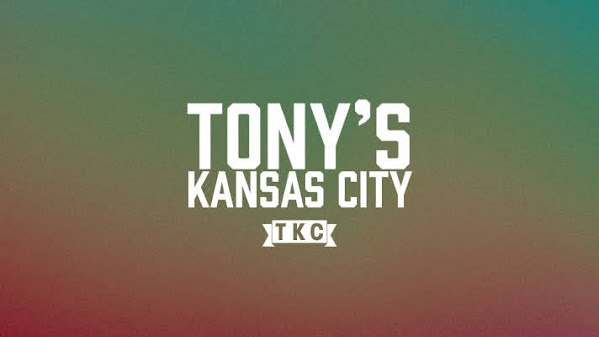 For early birds we share a quick glimpse at a pop culture, community news and top headlines.

KANSAS CITY, Mo. - The Kansas City Current defeated the San Diego Wave 2-1 Sunday, securing the club's ninth straight unbeaten match. Rising to the occasion, Cece Kizer celebrated her birthday by putting the Current on the board in the 27th minute. The goal marked her fourth in the past six games.

Posted: Updated: The first billionaire ever is thought to be Standard Oil magnate John D. Rockefeller back in 1916, or perhaps Henry Ford in 1925. Fast forward some 100 years to 2021: as the COVID-19 pandemic continued to rage, a record-breaking 660 people became billionaires globally, growing the previous year's number by 30%.

HOLTON - On paper, it should have been clear which way Pamela Martinson would vote Tuesday on the proposed Value Them Both amendment to the Kansas Constitution. A Catholic farm wife in a deeply conservative area, observers expected voters like her to spearhead support for the proposed amendment, which would have done away with state-level abortion rights protections.

The Senate is continuing to work Sunday on a series of back-to-back amendment votes as Democrats hope to pass their sweeping health care and climate package.

A plus size influencer flaunted her big booty in a high-waisted thong bikini on her Jamaican vacation for "big girl summer". Lauryn, from California, was seen posing near waterfalls in a pair of pink sliders, an animal print bikini top and black thong-style bottoms while she was on her summer holidays.

Senate Democrats failed to realize their longstanding goal of lowering the price of insulin for the more than 150 million Americans with private health insurance as the chamber passed their sweeping climate and health care package.

'We're heading into a housing recession': Here's what the NAHB CEO sees in real estate right now - and why it spells trouble for the economy

Housing, which is a key segment of the national economy, looks extraordinarily weak right now, according to a recent report by the National Association of Home Builders (NAHB). "We're heading into a recession," NAHB CEO Jerry Howard told Bloomberg in a recent interview.

House minority leader Kevin McCarthy said the chamber's investigation into Hunter Biden will include a probe of U.S. intelligence agencies and chiefs who likely knew about his foreign business dealings while his father, Joe Biden, was vice president. McCarthy told the New York Post in comments published Sunday that intel officials "should come in and talk to us."

A wave of COVID infections caused by the BA.5 subvariant has crested. All over the world, daily new cases, hospitalizations and deaths are going down. But the SARS-CoV-2 virus is almost certainly here to stay. Another wave is all but inevitable as new variants and subvariants mutate, compete for dominance and find new transmission pathways.

China's defence ministry defended its shelving of military talks with the United States in protest against Nancy Pelosi's visit to Taipei last week, as its military said it would continue drills around Taiwan on Monday. The People's Liberation Army (PLA) posted online that it would practise anti-submarine attacks and sea raids on Monday, following four days of unprecedented drills around the self-ruled island.

CBS News On Friday a jury in Texas, Alex Jones' home state, unanimously decided to punish him, to the tune of $45.2 million, on top of the $4.1 million they had already ordered him to pay to the parents of 6-year-old Jesse Lewis, who died in the Sandy Hook Elementary School shooting in 2012.

Pete Rose Shrugs Off Stat Rape Questions at Phillies Fete: 'It Was 55 Years Ago, Babe'

At a celebration of Philadelphia's 1980 World Series team on Sunday, former professional baseball player Pete Rose sidestepped questions to do with a woman's allegation that he'd had sex with her when she was a minor in the 1970s.

While the 90-man roster might seem overwhelming given the sheer size of it all and the number of competitors at various positions, the truth is that the number of eyes and ears at NFL training camps these days means that we often hear something about nearly every single player on a team's roster here and there until decisions are made about roster cuts.


Forecast For This week

After a hot weekend, hitting 100 on Saturday and 99 on Sunday, welcome relief is coming to start the work week. Temperatures on Monday will only warm to the middle 80s thanks to a weak cold front. Northerly winds and mostly cloudy skies will keep us much cooler.

Drake - Sticky is the song of the day and this is the OPEN THREAD for right now.