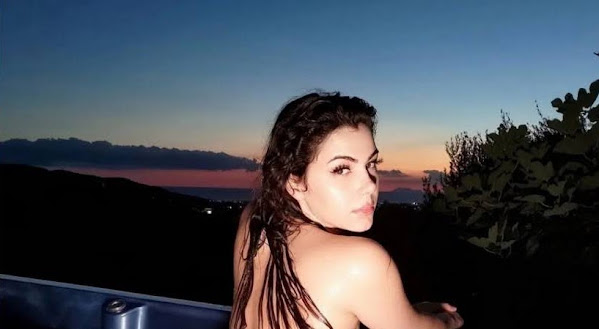 Ethnic Fest 2022 was a worldly if complicated display

Last weekend, Swope Park witnessed the return of the Kansas City Ethnic Enrichment Festival (better known as Ethnic Fest). The emcees stated that Saturday's turnout was the largest single-day attendance record in the festival's history, making for a stunning revitalization since COVID. Over 60 different nations were represented at this year's event.

JEFFERSON CITY, Mo. - The Missouri NAACP and League of Women Voters on Monday sued to stop a new voter photo identification law that they claim will also limit voter engagement work. Lawyers for the groups asked a local judge to block contested sections of the law from taking effect Aug.

Taylor Witt is hoping for a refund from U.S. Bank or Zelle after he said he fell for a very sophisticated scam.Witt emailed KMBC 9 Investigates for help after he said someone stole $2,500 from his U.S. Bank account through a fake Zelle refund scam.Witt said the scammer called him from a number impersonating his bank's fraud department.

KANSAS CITY, Mo. - Police in Kansas City, Missouri, are investigating a crash that seriously injured three people on Monday evening. The crash happened at Troost Avenue and east 54th Street at around 7:15 p.m. According to authorities, a man in an Infinity was traveling south at a high rate of speed.


Another EPIC Eat Out Ahead

RAYMORE, Mo. - Whataburger is getting ready to open its next Kansas City-area location. The Texas-based fast food chain plans to open a new restaurant in Raymore, Missouri. It's located at 1921 W. Foxwood Drive, just off Interstate 49 and 171st Street.

This bride-to-be is kicking her wedding off with a bang! An absent-minded fiancée accidentally directed guests of her upcoming nuptials to PornHub.com - an X-rated content platform with hardcore clips of folks getting their freak on - rather than her official wedding website. "I got my wedding invitations in the mail today...

Former President Trump reportedly held onto more than 300 classified documents since he left office, half of which were recovered in January by the National Archives, which alerted the Justice Department in what eventually led up to the FBI search of his Mar-a-Lago property. The New York Times reported Monday, citing multiple sources who have...

More than half of all destinations remain at 'high' Covid risk, CDC says

(CNN) - The US Centers for Disease Control and Prevention did not add any new destinations to its list of nations and territories with a "high" risk of Covid-19 on Monday. However, locations at "high" risk -- designated as Level 3 -- still account for almost 130 of the roughly 235 places monitored by the CDC.

Is the U.S. giving Ukraine some weapons secretly?

Subscribe here | Email Alex PROGRAMMING NOTE: National Security Daily won't publish from Monday, Aug. 29, to Friday, Sept. 2. We'll be back on our normal schedule on Tuesday, Sept. 6, after the holiday. Rumors are swirling around Washington that the United States has provided Ukraine with more weapons than the administration has announced publicly.


Conspiracy Returns To The Don

White House officials have been weighing - and leaning toward - the cancellation of up to $10,000 in student loan debt per borrower tied to an income threshold, CNN has learned. According to multiple sources familiar with the discussions, the plan is designed to offer the forgiveness to individuals who earn less than $125,000 per year.

Sunflower farms to visit in the Kansas City area

LAWRENCE, Kan. - It wouldn't be the end of summer in Kansas if there weren't beautiful sunflowers popping up in fields across the state. And of course, that means dozens of your Facebook and Instagram friends posting their sunflower pictures, too.

Hide Transcript Show Transcript LOW TO MID 80S RIGHT NOW EVENING FORECAST. LOOKS GREAT. WE'RE GOING TO BE STAYING DRY IF YOU WANT TO HAVE DINNER OUTSIDE. I THINK IT'LL BE JUST FINE FOR THAT LOWER 80S AT SIX AND SEVEN UPPER 70S BY EIGHT AND THEN LOW TO MID 70S BY 9 AND 10 LOWS.