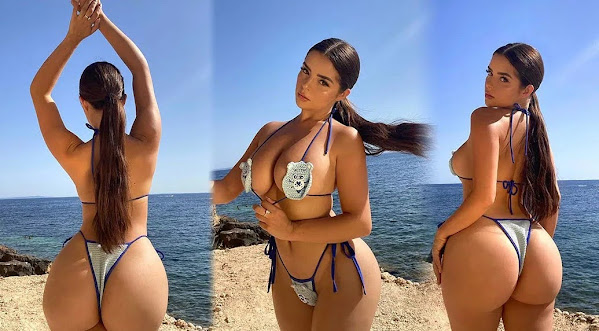 A year since the Taliban takeover, Kansas City has become home to 760 Afghan refugees

Mohammad Aman Wak slices away thin strips of fat from a chunk of beef he's trimming with a sharp blade. Barrel-chested with thick forearms, the 64-year-old banters good naturedly with two other aproned Afghan refugees, all tending the butcher shop at Pak Halal International Grocery in Lenexa, Kansas.

Building partially collapses in Avenue business parking lot The abandoned apartment building at 3211 Independence Avenue continues to be a safety and health issue to the community. On Saturday, a portion of the west wall of the fire-ravaged and abandoned building collapsed in the parking lot of the 7-11 store immediately west of the property.

WASHINGTON - Canadian National has rebutted claims that Amtrak and Canadian Pacific have made regarding its proposed acquisition of Kansas City Southern's line linking Springfield, Ill., with Kansas City and St. Louis. CN has asked the Surface Transportation Board to force CP to divest KCS's former Gateway Western Springfield Line as part of the CP-KCS merger.

KANSAS CITY, Mo. (KCTV) - North Kansas City Schools announced new enforcement procedures for limiting cell phone use at school. The school district stated that from 7:43 a.m.-2:40 p.m., "student cell phone use is prohibited during class time (Bell to bell)." Cell phones are only to be used before or after school, during a passing period or during lunch.

TJ Roberts served his first cup of coffee when he was ten. When he grew up, he began working in the sales and insurance industries, but that isn't what made him happy. Those coffee shop meetings did.

OnlyFans star Demi Rose Mawby looks unrecognisable after undergoing an epic hair transformation while displaying her perky bum cheeks in a racy outfit. With her hair getting darker and darker in each of her recent Instagram uploads, Demi's recent video sees the model don an even darker shade of brunette.

Donald Trump has demanded the return of some documents seized by the US justice department in an FBI search of his Mar-a-Lago property in Florida last week - apparently under the impression that posts on his Truth Social platform carry legal weight.


Devil In Deets For Rudy

Rudy Giuliani has been told by prosecutors in Georgia that he is a target of the special purpose grand jury investigating whether former President Donald Trump and his allies violated the law in their efforts to flip the 2020 election results in Georgia.

The US housing market has plunged into a full-blown recession as tightened economic policy and surging expenses weigh on home builders. Builder confidence has plummeted for eight consecutive months, marking its worst stretch since the housing market imploded in 2007 in the midst of the Great Recession, according to data released Monday.

The American economy didn't get the memo that it's supposed to already be in a recession.

DUBAI, United Arab Emirates (AP) - An Iranian government official denied on Monday that Tehran was involved in the assault on author Salman Rushdie, though he justified the stabbing in remarks that represented the Islamic Republic's first public comments on the attack.

KABUL, Aug 15 (Reuters) - The Taliban marked a year in power on Monday, but celebrations were muted as Afghanistan struggles with rising poverty, drought, malnutrition and fading hope among women that they will have a decisive role in the country's future.

BEIJING, Aug 15 (Reuters) - China's military said it carried out further drills near Taiwan on Monday as a group of U.S. lawmakers visited the Chinese-claimed island and met with President Tsai Ing-wen. The People's Liberation Army's Eastern Theatre Command said the exercises were "a stern deterrent to the United States and Taiwan continuing to play political tricks and undermine peace and stability across the Taiwan Strait".

Ukrainian artillery has struck a headquarters of Russia's shadowy Wagner paramilitary group of mercenaries in eastern Ukraine, reports say. The attack in Popasna was reported by Serhiy Hayday, Ukrainian governor of Luhansk region, and several pro-Kremlin war reporters. The number of casualties is not clear and details remain sketchy.

Nuclear war between US, Russia would leave 5 billion dead from hunger, study says

The battle to become the Chiefs' backup placekicker is now over

To build this next version of the Kansas City Chiefs, general manager Brett Veach started the offseason by signing safety Justin Reid to a three-year contract, hoping to recharge the defense after the departure of Tyrann Mathieu. Reid began his 2022 campaign on Saturday.


New Royals Hitting It Off

The good vibes are real, and it's not because the team is better

Anyone who has ever played a competitive game-be it in real life or video game form-with others knows that there's a chicken and egg problem that pops up. That problem is this: winning feels good and cultivates good vibes. Losing feels bad and cultivates bad vibes.

KANSAS CITY, Kan. - It's no secret to fans, players or the coaching staff that the 2022 season has not lived up to expectations for Sporting Kansas City, but the latest loss to Austin FC is the beginning of the inevitable reality of playoff elimination.

Nicki Minaj - Super Freaky is the song of the day and this is the OPEN THREAD for right now.