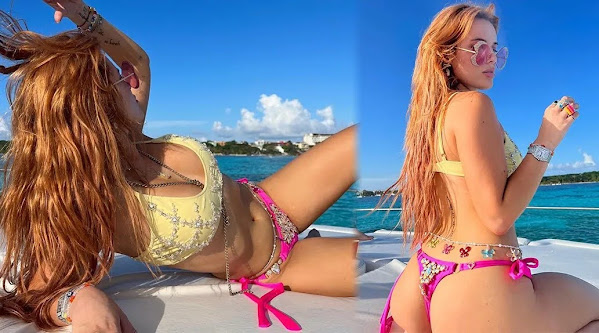 Here's what's new in Kansas City food and drink this month in September 2022.

GRANDVIEW, Mo - Grandview C-4 School District says competing with other districts when it comes to drawing bus drivers to their community is a challenge, but thanks to neighbors and parents stepping up to the plate, bus routes for this school year won't be impacted.


Life Is Rough: Buy A Helmet

Depression sucked the life from Lori Jackson's time on this earth for nearly 40 years. On her darkest days in college she hung a blanket over her dorm room window to block out the light and slept, skipping classes. As she had her three children, her doctor prescribed Prozac for postpartum depression, but that didn't lift the darkness.


Sign Of The Times Amid Ongoing American Opioid Crisis

A Kansas City mother is sharing her grief in hopes of sparing other families her pain. Her 22-year-old son died from a fentanyl-laced pill nearly two years ago. On National Fentanyl Prevention and Awareness Day, she spoke with KMBC 9 about how she's making her message heard, a message she hopes will save lives.

KANSAS CITY, Kan. - Drivers should expect to see a lot of brake lights in one area of town Monday. The Kansas Department of Transportation plans to reduce a section of Interstate 635 in Kansas City, Kan., to one lane. The lane reduction will happen on southbound I-635 from Orville Avenue to 43rd Street.

Tana Mongeau is "in love with [her] ex again." The YouTuber, 24, reunited with her ex-girlfriend, Bella Thorne, on vacation in Ibiza. "all i know to say is- if u know u know," she captioned a series of Instagram snaps on Tuesday, which showed the pair getting cozy.

Dr. Anthony Fauci, face of the nation's pandemic health response, to step down in December

Dr. Anthony Fauci, chief medical adviser to President Joe Biden, announced Monday he intends to retire from government service in December after four decades of work advising seven presidents. Fauci, who also serves as director of the National Institute of Allergy and Infectious Diseases, said in a statement he will be leaving both positions "to pursue the next chapter" of his career.

Donald Trump launched a new line of attack against Mitch McConnell over the weekend, calling the Republican Senate minority leader a "broken down hack politician" for what he believes is a lack of support for the GOP's 2022 midterm candidates. In a post on Truth Social, Trump also insulted McConnell's wife, former Trump administration official Elaine Chao, calling her "crazy."

A federal magistrate judge reviewing whether to release the affidavit that pushed him to approve a warrant to search former President Trump's home said Monday that while he believes public interest favors releasing the document, redactions could make it "meaningless." The order from Judge Bruce Reinhart expands on an order from the bench given Thursday...


Nobody Campaigns With Prez

Campaign ads show Democrats running Republican messages as they seek to distance themselves from Biden, party

In a recent political ad titled "Blame Washington," a Senate hopeful places the blame for economic woes on politicians who "set the rules, weakened the supply chain and spiked inflation." The ad was not from a Republican, but from Pennsylvania Lt. Gov. John Fetterman, the Democratic candidate running for Senate in the midterm elections.

"This president has moved in dramatic ways to increase supply," she said. "By releasing 1 million barrels per day from our reserve, as well as calling on domestic producers, as well as international producers. We will be at record amounts of production next year."

Women across the world are posting videos on social media of themselves dancing, after criticism was leveled at Finnish Prime Minister Sanna Marin for leaked footage that showed her partying with friends. The video clips, which appeared last week, showed the 36-year-old leader dancing with friends in a private setting.

Pfizer and its German partner BioNTech on Monday asked the Food and Drug Administration to authorize Covid booster shots that target the omicron BA.4 and BA.5 subvariants for people ages 12 and older. The U.S. is preparing for a fall vaccination campaign using updated vaccines that target the dominant omicron subvariants.

Russian shelling near Europe's largest nuclear power plant in eastern Ukraine wounded four people Monday, hours after President Biden spoke with the leaders of France, Germany and the UK about the delicate situation.

How Sex Workers And Sex Party Attendees Are Dealing With Monkeypox

Monkeypox cases were rising in New York City, and Billy Procida, a 33-year-old comedian and podcaster in Brooklyn, had to make a decision: fool around at an inclusive sex party at Hacienda or abstain from sex? At the queer-friendly group sex parties Procida attends, men who have sex with men and women who have sex with queer men abound.

Nick's Picks | Back to School, Student Debt Relief and a Possible Tax Break

Kansas City has no shortage of favorite sons & daughters, those who have gone out into the world and made their unique mark on it. It's always a particular pleasure when one comes back, and we get to experience their gifts, as it were, in person.

The Kansas City Chiefs defeated the Washington Commanders in Week 2 of the 2022 NFL preseason. It marked the second time that Kansas City has played in a game with all of the new pieces acquired this offseason. The roster remains very competitive, but some players have clearly separated themselves from the rest.

Sunny start to your week

Hide Transcript Show Transcript ACTIVITY LATELY. MAYBE THAT WILL PLAY INTO AN EARLY WINTER. TODAY WILL FEEL LIKE A LATE SUMMER DAY. POWER TRANSMITTER IS SEVERAL MILES TO THE EAST OF DOWNTOWN, SO WE ARE LOOKING THROUGH SOME REL ESTATE. WE ARE LOOKING OVER A BIG DISTANCE. 66 DEGREES IN ODESSA.

Red Hot Chili Peppers - Tippa My Tongue is the song of the day and this is the OPEN THREAD for right now.