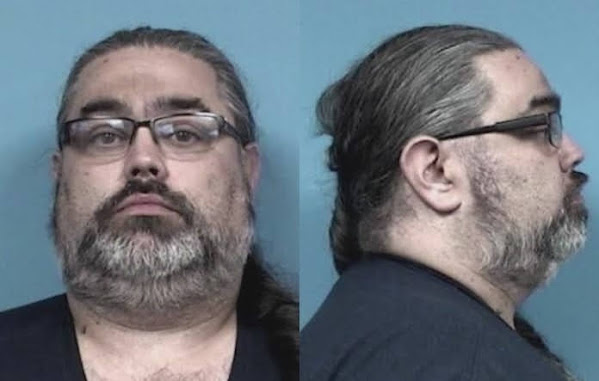 Jackson County court documents show he was responding to an online advertisement offering sex with a 14-year old girl, but when he arrived, police officers were waiting in that hotel room.

“It’s very eye-opening as to what’s out there as far as child predators and people who are intent on doing harm to kids,” Independence Police Department spokesperson Ofc. Jack Taylor said. “I think people realize it’s wrong. I think for whatever reason the overwhelming urge overrides that sense of right or wrong and they do it anyway. They do have to realize they’re not going to get away with it.”

INDEPENDENCE, Mo. - A 43-year-old Kansas City, Missouri man is facing charges of luring a 14-year old girl for sex. Turns out, it was part of an undercover sting operation staged by local police and federal officers instead and now, that man faces up to seven years in prison.

And we'll use this post to offer more deets on police action & crime news tonight . . .

KANSAS CITY, Mo. - The Overland Park woman accused of a medical murder two decades ago has been ordered to stand trial. A Livingston County judge found probable cause that Jennifer Anne Hall committed first-degree murder in the 2002 death of Fern Franco while working as a respiratory therapist at Hedrick Medical Center in Chillicothe.

KANSAS CITY, Kan. - One year ago Skylar Neeham was murdered at a Kansas City, Kansas park. U.S. Marshalls arrested a suspect a local man back in April, but the Wyandotte County Sherriff's Office said the case isn't over yet. Needham was playing a game of Pokémon GO at Matney Park when he was killed.

KANSAS CITY, Mo. - Police statistics show there have been 103 homicides this year alone. That trails just 2020 for the deadliest year on record, as of August 17. It's part of the reason the Violence Interruption Subcommittee had a meeting at the Klice Center Wednesday near 18th Street and Vine Street.