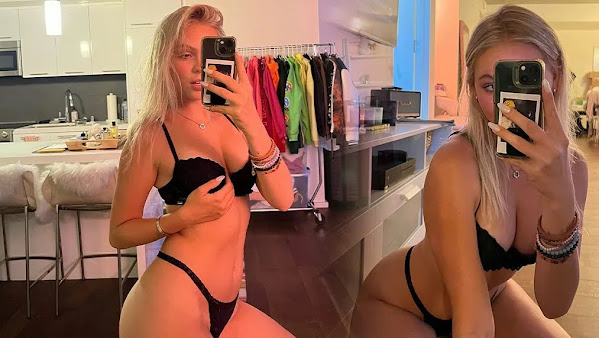 When will KC be able to turn off the A/C?

KANSAS CITY, Mo. - It's been a long, hot summer in Kansas City, and we aren't done with the heat. It will likely be weeks before you can give your air conditioner a break, or see a difference in those pricy utility bills, but cooler air is on the way.

KANSAS CITY, Mo. - A plan to build businesses, including a possible gas station in one Kansas City neighborhood failed to get the stamp of approval during Tuesday's City Plan Commission meeting. The project was proposed for the area of North West 68th Street and North West Wakuomis.

Study: Missouri has best community college in US

If you're rich and have good taste, it's your gastronomic duty to eat at Lazia

Chef Aaron Wells-Morgan debuts new summer salad at the summer menu preview for media. // Photo by Lauren Textor It's a gorgeous summer night in the Crossroads. After a long, hot day, the sun has finally set and it's beginning to cool off. Couples duck in and out of bars, laughing.


Inside Mind Of 22-Year-Old Influncer

PodcastOne: What They Don't Tell You with Jordyn Jones

Sometimes life and fame aren't always all they're cracked up to be. From ups and downs to heartbreak, failure, making it through, and successes, walk with Jordyn Jones and experience first hand how to stay true to yourself while on your life path.

With Cheney out, Trump has purged most pro-impeachment House Republicans from GOP

Rep. Liz Cheney's primary defeat in Wyoming marks a milestone for the GOP: President Donald Trump has successfully purged eight of the 10 House Republicans who voted to impeach him. The question on many strategists is whether the GOP has a future that doesn't include backing, or at least tolerating, Trump's leadership.

To buck your party and draw the wrath of the MAGA crowd isn't easy. But it has its rewards. Rep. Liz Cheney, R-Wyo., had already lost her leadership position in the House, been kicked out of her state's Republican Party and forced to pay thousands of dollars for extra security in the face of growing death threats before suffering a wipeout in Wyoming's Republican primary Tuesday night.

Some Republicans see climate danger. They voted 'no' anyway.

The lack of Republican support for the landmark bill has some champions of centrist policymaking questioning whether it's possible to pass major bipartisan climate legislation. Other centrists argue Republicans are only protesting the process used to advance the "Inflation Reduction Act," which includes $369 billion in climate and energy spending.

DeSantis won't say if 2020 was rigged. But he's campaigning for Republicans who do.

DeSantis' appearance with Mastriano comes five days after he campaigned on behalf of Kari Lake, the GOP nominee for Arizona governor, who made repeated false claims about the 2020 election the centerpiece of her campaign. The candidates DeSantis is stumping for, including J.D. Vance in Ohio, have all been endorsed by former President Donald Trump.


Conservation Demand Ahead Of Disaster

For the second year in a row, the federal government said Arizona, Nevada and Mexico will have to reduce their water consumption. "The worsening drought crisis impacting the Colorado River Basin is driven by the effects of climate change, including extreme heat and low precipitation," said deputy secretary of the Department of the Interior Tommy Beaudreau, in a statement announcing the required cuts.

The director of the U.S. Centers for Disease Control and Prevention on Wednesday announced a "reset" that will focus on making the organization quicker at responding to new health threats amid criticism of its response to the COVID-19 pandemic.

Ukraine has telegraphed its big counteroffensive for months. So where is it?

But even with billions of dollars worth of weapons from across Europe and North America now in Ukrainian hands, real questions remain over whether it's enough, and what enough might look like. Some of those weapons, such as the U.S.-made High Mobility Artillery Rocket System, have allowed Ukraine to batter Russian positions around the occupied city of Kherson.


Money Crunch Across The Pond

Inflation in the United Kingdom hit a new 40-year high last month, rising above 10% for the first time since 1982 and piling further pain on households already struggling to pay their bills.

Pete Davidson will barely appear on 'The Kardashians'

Don't be fooled by Hulu's Season 2 trailer for "The Kardashians." Pete Davidson may be featured in the teaser, but sources tell Page Six he's barely in the show. "He's in the background, but the reality world is not built for people like Pete," a source told us.

The final game of this series was much like the previous two for Kansas City: ineffective pitching, sloppy defense, and a complete lack of offense leading to an easy Twins victory. Daniel Lynch looked like he was on his way to a breezy first inning after retiring the first two hitters on the first pitch.


Tough Day For Ballers At Camp

vertically challenged. Okay, good afternoon. Hope all is well with everybody. Um Obviously one of our last days of practice, I thought our guys have been doing *** great job of working their tails off the fun part about this entire camp, It's been fun watching us grow together.

Powell Gardens gets interest in glamping

KINGSVILLE, Mo. - Powell Gardens is ready to go camping. The Botanical Garden is taking proposals from companies and individuals to develop and operate a glamping area inside the attraction. Powell Gardens said it's part of the plan to increase interest and elevate the visitor experience.

Since 816 Day falls this week, it's the perfect opportunity to highlight another outstanding Local 909 artist as our Bridge Artist of the Week - Calvin Arsenia!

Other rain chances expected for Kansas City this week

KANSAS CITY, Mo. - Tuesday was a nice day with some heavy morning rain and comfortable afternoon temperatures! That ate into the monthly and yearly precipitation deficits by quite a bit. Before Tuesday, we were down 1.59″ at KCI.

Thee Sacred Souls "Easier Said Than Done" is the song of the day and this is the OPEN THREAD for right now.