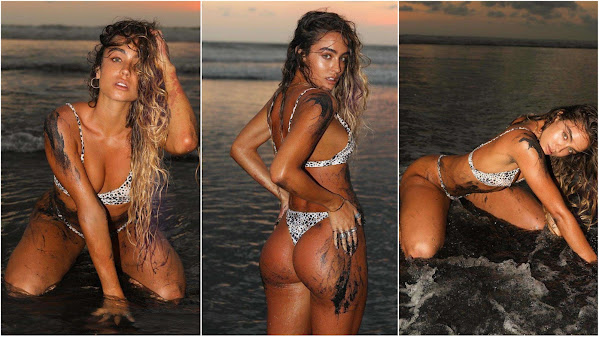 KANSAS CITY, Mo. - Wednesday marks Independence Day in Ukraine, a national holiday celebrating the nation's sovereignty, but one Kansas City woman volunteering in Ukraine says on this national holiday, she does not see any celebration. Marsha Ramsey, a volunteer at the World Central Kitchen near the Ukraine-Poland border, spoke with KSHB News anchors Lindsay Shively and Taylor Hemness on Wednesday.

Two people injured in plane crash near airport in Liberty

LIBERTY, Mo. - Emergency responders are at a small airport near Liberty. The Clay County Sheriff's office said a single engine airplane crashed around 11 a.m. from the Roosterville Airport. The airport is located northwest of Liberty North High School. The sheriff's office said two people were on board the plane at the time of the crash.

LTE: Don't let the election pass you by!

Election laws have changed in Missouri. They go into effect on August 28, so if you voted in the August 2nd Primary Election, all voters should be prepared for a few changes in the rules on November 8. Now is the time to make sure you are prepared and have what you need.


Rules For Losing Ur House


Hottie Gets Ambition Off Her Chest

Sommer Ray has been thrilling her 26.4 million Instagram followers with quite a few bikini shots lately. Today, the social media sensation heated up her page with a couple of snapshots that featured her rocking a tiny two-piece that flaunted her toned physique. See it below!

Since the Supreme Court overturned Roe v. Wade on June 24, Americans have seen an unceasing stream of horror stories about pregnant women denied vital medical care because of state abortion bans. Anti-abortion advocates have responded by denying the fact that these bans restrict basic maternal care, placing the blame instead on doctors, hospitals, the media, and, well, me.

Trump calls for McConnell to be ousted as GOP leader 'immediately'

Former President Trump on Wednesday called on Republicans to boot Sen. Mitch McConnell (R-Ky.) from his post as Senate minority leader, accusing the senator of being a "pawn for the Democrats." In a statement, Trump cited a Wednesday story from The Federalist about McConnell and his wife Elaine Chao's alleged ties to China in calling...

The school board in Uvalde, Texas, is expected to discuss whether to fire school Police Chief Pete Arredondo at a meeting Wednesday evening, three months after a shooter at Robb Elementary took the lives of 19 children and two teachers.

Jurors began deliberating Wednesday in the trial over graphic photos that Los Angeles County sheriff's deputies and firefighters took and shared of the helicopter crash that killed Lakers star Kobe Bryant, his daughter Gianna and seven others.


There's No End To Spy Games

President Joe Biden has appointed Kimberly Cheatle to be the next director of the Secret Service. Biden on Wednesday called Cheatle "a distinguished law enforcement professional with exceptional leadership skills," saying in a statement that she "was easily the best choice to lead the agency at a critical moment for the Secret Service."

A Russian rocket attack on a train station in eastern Ukraine resulted in dozens of casualties. The attack comes six months after the start of Russia's invasion and as Ukraine marks its Independence Day. Debora Patta reports.


Social Media Against The West

Facebook and Twitter took down two overlapping sets of accounts over the past two months for promoting "pro-Western" narratives in the Middle East and Central Asia, according to a report released Wednesday. The social media analytics firm Graphika reported that Twitter and Meta, the company that owns Facebook, took down the accounts over a "series...


Nagging Questions From South Of The Border

Mexican President Andres Manuel Lopez Obrador on Wednesday rebuked Israel's government for what he called its protection of a top former official wanted in Mexico on accusations he manipulated a probe into the 2014 disappearance of 43 students.

Dramatic video shows a massive 130-foot yacht slowly sink into the sea. The footage gathered by the Italian Coast Guard captured the impressive vessel being slowly swallowed up by the rocky ocean, just nine miles off the coast of Italy.

Nick Cannon is the gift that keeps on giving -- and in his case, that gift is children, because the guy is having himself another baby ... #10!!! The TV host broke the news Wednesday with his latest partner -- this time, it's ex-girlfriend (and already established baby mama) Brittany Bell who's carrying his new kid.

Sylvester Stallone and Jennifer Flavin are divorcing after 25 years of marriage. Flavin filed a petition "for dissolution of marriage and other relief" from the actor, 76, on Friday at a court in Palm Beach County, Florida. Stallone and Flavin, 54, married in 1997, though their relationship originally began in 1988 at a restaurant in Beverly Hills, California.


Celeb Shares Another Side Of Overland Park Local Hero

Jason Sudeikis might have something to worry about after reading a new profile of Olivia Wilde in which she addresses her romance with Harry Styles and calls out her ex over his "vicious" attacks.

Photo by Flow Clark on Unsplash HypebeastKC is a marketplace for sneakers and streetwear with plans to host a specialized event for local collectors. Sneaker Jam will take place Sept. 17 from 12 p.m. to 5 p.m. at Shawnee Civic Center. This is the third year that HypebeastKC is hosting the event and it is expected to be their...

When Kansas approved commercial hemp growing in 2019, Gary and Dawn Upah were quick to jump in. Gary had been using CBD pain cream on his chronically sore joints and recognized the unique pain arresting capabilities of the cannabis plant and the opportunity for growth raising a plant that had been prohibited since 1920.

Thursday will be sunny, hot

Hide Transcript Show Transcript this is first alert weather and I think neville tomorrow night we will all watch that last preseason game just with kind of heavy hearts and and just keeping one Dawson so close and *** lot of folks I know it was so many people in the newsroom have land.

Blake Shelton - No Body is the song of the day and this is the OPEN THREAD for right now.