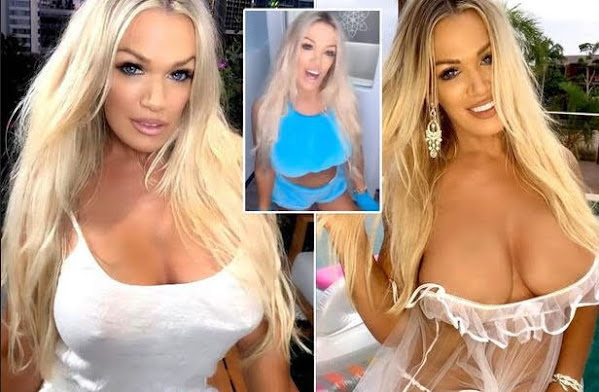 Kansas City area gets $75M for road, other improvements

KANSAS CITY, Mo. - Millions of dollars to pay for improvements are on the way to Kansas and Missouri. U.S. Secretary of Transportation Pete Buttigieg announced the Rebuilding American Infrastructure plan will pay for five projects across the Show-Me State. The combined costs for the projects are nearly $75 million.

A well-known local opera and orchestral music conductor is suing the University of Kansas, claiming she was paid less than men holding comparable or lesser positions at the university. Carolyn Watson was director of orchestral studies at KU from August 2018 until a few weeks ago, when she says she resigned.

The four-day school week is one solution that Missouri districts are exploring - or have already put in place - to recruit and retain teachers in the midst of a statewide shortage.

More than two years after a man crashed his SUV into an Overland Park home, the owner is in an ongoing dispute with the contractor hired to fix it.An insurance company determined just over $70,000 worth of repairs were needed at the Gerzenshtein family home in Overland Park.Alex Gerzenshtein hired Shaban Construction to do the job.Under terms of the deal, Gerzenshtein paid Shaban Construction $49,000 of the insurance money and was to pay the rest of it after the job was complete.

A transportation-infrastructure firm that focuses on the design and project management of airports, highways and rail lines is expanding its Denver office and planning to nearly double its number of local employees in the next four years.

An Aussie woman dubbed the "world's hottest grandma" has been forced to leave her home. Gina Stewart, 51, claims she is followed around by paparazzi who have worked out where she lives on the Gold Coast. She told the Daily Star that despite her huge Instagram following, she's "actually shy".

Biden quietly met with a group of historians who warned him about threats to democracy and compared the current moment to the pre-Civil War era, report says

President Joe Biden met with historians at the White House last week, The Washington Post reported. People familiar with the conversation said they warned Biden about the rise of totalitarianism around the world. They also made comparisons to before the Civil War and pro-fascism sentiments around World War II.

Analysis: The Justice Department is in a no win situation as Trump's fury rages

The FBI and the Justice Department are damned if they do and damned if they don't on the question of whether to promptly explain in public why they searched for missing documents at former President Donald Trump's Florida resort.


Feds Stand Up To Political Pressure

FBI Director Christopher Wray on Wednesday pushed back on social media threats made against him and other law enforcement officers, following his agency's unprecedented search of former President Donald Trump's Mar-a-Lago estate. On Monday, the FBI executed a "raid" on Trump's Florida home and by that night droves of social media posts criticized the incident and accused the bureau of being politicized in nature.

Texas gubernatorial hopeful Beto O'Rourke dropped an f-bomb Wednesday while confronting a heckler who apparently laughed at the candidate's plea to control gun violence. The emotional moment unfolded at the Crazy Water Hotel in Mineral Wells, about 85 miles west of downtown Dallas, as O'Rourke was discussing his hopes to curb mass shootings.

Russia continues its offensive in Ukraine's south and east, while Ukrainian counter-measures far behind enemy lines gain traction. Most notable is its suspected attack on Russian warplanes earlier this week at an airbase in Crimea. Satellite images reveal at least eight Russian planes damaged or destroyed by explosions that hit the base on Tuesday, contrary to Moscow's denials that any aircraft was harmed.

Moderna CEO says Covid vaccines will evolve like 'an iPhone'

Forget taking two to three Covid shots a year. Moderna hopes to roll out a single-dose annual booster to cover the coronavirus, the flu and another common respiratory virus within the next five years.

Sesame Place has announced new diversity, equity, and inclusion training for its staff members following criticism after one of the popular theme park characters was filmed snubbing two Black girls eager to get a hug or high five.

Tiffani Thiessen from Saved By The Bell in a swimsuit

She was in a pinup in the 1980s TV shows Saved By The Bell and Beverly Hills, 90210. And now Tiffani Thiessen has proved that she still looks just as good as she shared a photo of herself in a black swimsuit while by some rocks on the beach to Instagram.

Thursday's Kansas City Chiefs training camp practice begins at 9:15 a.m. Arrowhead Time at Missouri Western State University in St. Joseph, Missouri. Sunny skies and temperatures in the mid-to-high 70s are predicted, so the session will be outdoors with fans in attendance. After this session, just four public practices remain.

Creature Feature: Rex and Fiona are bonded for life, Lilac is a mama at heart

Rex and Fiona. // Courtesy Scott Poore and Wayside Waifs This week's "Creature Feature" is thanks to the help of Scott Poore from Mission Driven. Meet Rex and Fiona. They are two Huskies who were part of a large scale puppy mill rescue in Iowa in Nov.

KANSAS CITY, Mo. - Honorees from the Kansas City People's Choice Awards are still smiling after receiving their awards last Sunday at the Arvest Bank Midland Theater in Kansas City, Missouri. The event is designed to recognize Black excellence in every area including dance, drill teams, barbers, singers, even the best YouTube Video host and best DJ, comedian and daycare.

KANSAS CITY, Mo. - Demand for the Eagles' Hotel California 2022 Tour prompted the band to extend the tour, adding a stop in Kansas City in November. The concert, which features an entire performance of the "Hotel California" album from start to finish, will come to the T-Mobile Center on Wednesday, Nov.

Typical summer weather for your Thursday

Hide Transcript Show Transcript WE WILL HAVE WONDERFUL WEATHER, MAKE SURE THE SUN IS AT YOUR BACK WITH CLEAR SKIES AND A BEAUTIFUL MORNING. IT FEELS LIKE IT WANTS TO GO TO FALL. SUMMER IS NOT DONE WITH KANSAS CITY YET. 65 DEGREES WITH A NORTHEAST BREEZE. 50'S IN WARRENSBURG.

Billboard Hot 100 for 1992 TLC's - What About Your Friends is the #TBT song of the day and this is the OPEN THREAD for right now.