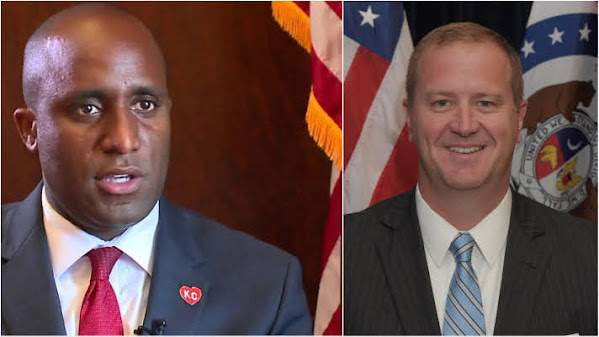 Mostly, we ignore social media battles because they're pointless and silly.

This week there was a dust-up that has implications for the midterms AND the future course of worsening crime in Kansas City.

We didn't think that the KC honcho had much room to criticize given this town's historic homicide count that continues to trend upward.

"Nothing like our state’s chief crime fighter talking big and doing nothing about crime—again.

"Your actual job is to fight crime in Missouri, dude. Do something about it rather than fantasizing about how you can best dunk on St. Louis women leaders (why, I wonder?) every day.

"The mayor of St. Louis is getting up every day trying to make her city in our state better.

"I wish Eric would stop the bickering and do the same."

The reaction was mixed but, per ushe, social media readers missed the point.

Here's why we think this discussion is important . . .

- KCMO politicos continue to direct concern about crime against Missouri Republicans - This is a strategy that former Mayor Sly perfected and it does very little to reduce local violence.

- The Mayor is backing up his Democratic Party pal friends despite lackluster polling numbers for the challenger . . . In this instance, at least, Mayor Q proves loyal to party leadership and seems to be doing his part despite very slim chances of victory.

- Finally . . . As always, we think forming political alliances with STL is a mistake given that most locals want nothing to do with that FAILED city.