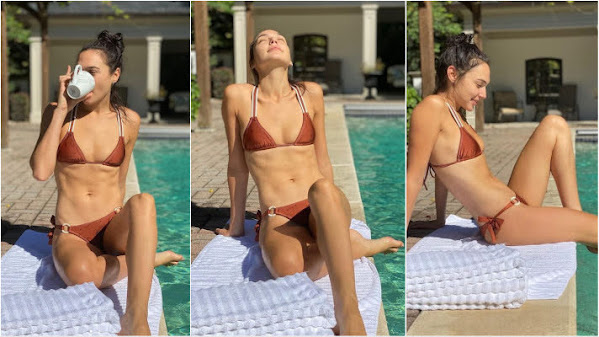 KANSAS CITY, Mo - Mixed reactions continue to pour in after the Biden Administration announced its student loan forgiveness plan. One financial expert in Kansas City says while this is a step in the right direction, more needs to be done to fix the student loan crisis.

LEE'S SUMMIT, Mo. - The Lee's Summit Police Department is looking for a man they believe is involved in a vehicle theft investigation. Police released a photo of the man who has dark hair and is wearing gray or blue clothing. The department did not offer more details into the nature of the investigation at this time.

KANSAS CITY, Mo. - On Sunday, Missouri's new voter identification law went into effect. The Southern Christian Leadership Conference in Kansas City held a rally and worship event with community members about voter rights and registration. The goal was to educate voters ahead of the upcoming November election.

KANSAS CITY, Mo. - Police narrow the search for a driver accused of hitting and killing a cyclist Saturday. Kansas City detectives said they narrowed the search and are looking for a driver of a white, 2017 to 2020 Acura MDX.


May The Odds Be In Your Favor

is at the height of her career, but before she gets back to work, she's soaking it all in while relaxing poolside with the family. The 37-year-old actress posted a series of photos of herself sitting at the edge of a pool while basking in the sun.

The Justice Department announced in a court filing Monday that they already reviewed documents seized from former President Donald Trump at Mar-a-Lago, and that they identified a "limited set" of documents that could include information protected by attorney-client privilege.

Depending on who you ask, the Biden administration's forgiveness of up to $20,000 in federal student loans will either make inflation worse or won't have much impact at all. The Committee for a Responsible Federal Budget (CRFB)asserts that the debt relief would " wipe out the disinflationary benefits of the Inflation Reduction Act," which was passed into law earlier this month.

Hackers have laid siege to U.S. health care and a tiny HHS office is buckling under the pressure

"They're a fish out of water ... They were given the role of enforcement under HIPAA but weren't given the resources to support that role," said Mac McMillan, CEO of CynergisTek, a Texas firm that helps health care organizations improve their cybersecurity.

Sen. Lindsey Graham (R-S.C.) on Sunday warned of "riots in the streets" if former President Trump is prosecuted for his handling of classified materials found when the FBI searched his Mar-a-Lago home. "If there's a prosecution of Donald Trump for mishandling classified information, after the Clinton debacle...

Alexandria Ocasio-Cortez and her progressive comrades lost big in primaries

They didn't get high Marx. Rep. Alexandria Ocasio-Cortez and her "Squad" of left-wing allies will return to Congress as mere "annoyances" next year, with both their size and clout diminished in the wake of Primary Day, pundits told The Post.

By Joey Roulette and Steve Gorman CAPE CANAVERAL, Fla. (Reuters) -An engine problem forced NASA on Monday to postpone for at least four days the launch of its colossal next-generation rocketship on a long-awaited debut test flight around the moon and back 50 years after Apollo's last lunar mission.

BERLIN (AP) - The head of the International Atomic Energy Agency said Monday that the U.N. nuclear watchdog's long-awaited expert mission to the Zaporizhzhia power plant in Ukraine "is now on its way."

The federal government is putting a pause on sending free COVID-19 testing kits to Americans starting in September, due to a lack of funding. "Ordering through this program will be suspended on Friday, September 2 because Congress hasn't provided additional funding to replenish the nation's stockpile of tests," the ordering website says.

'Man of the Hole': Last of his tribe dies in Brazil

There are about 240 indigenous tribes in Brazil, with many under threat as illegal miners, loggers and farmers encroach onto their territory, warns Survival International, a pressure group fighting for the rights of indigenous people.


Clap Back Lesson Of The Day

A New Jersey art teacher has gone viral and amassed more than 838,000 Instagram followers for some of her classroom pictures. A lot of these pictures feature her curves and have led some to call for her to be fired.

Starbucks Corporation (NASDAQ: SBUX) will bring back its iconic Starbucks Pumpkin Spice Latte on August 30 to mark the 19th year for the seasonal favorite. The drink is available hot, iced or blended at U.S. stores throughout the season while supplies last.

Despite Splitting the Week, Royals Had Plenty to Celebrate

The Kansas City Royals finished the week with a .500 record, going 3-3 during their homestand. That included a 6-4 win on Monday over the Chicago White Sox in a make-up game, splitting a two-game series against the Arizona Diamondbacks and then losing two of three to the San Diego Padres.


Kansas City Sound Off Ahead

INDEPENDENCE, Mo. - A longtime employee of Kansas City, Missouri, Public Schools is thankful for the support her family has received since a house fire on Aug. 19, 2022. Joyce Nguyen-Hernandez is the school district's college access coordinator .

Small Towns We love PHOTOGRAPHY BY CALEB CONDIT AND REBECCA NORDEN 12 Small Towns Around KC to Visit This Fall Autumn is the best time of the year here in the lower Midwest, where the days stay warm almost into November and the nights start getting a little crisp.

Hide Transcript Show Transcript THE WEATHER. WE WILL LEAD OFF WITH SUMMER. WE WILL HAVE HEAT INDEX VALUES AROUND 100 DEGREES IN KANSAS CITY. YOU STEP OUTSIDE, AND YOU MIGHT GO " THAT IS REALLY HUMID!" AND I WOULD SAY YOU ARE RIGHT. 76 DEGREES. THE SOUTH WIND AT 13 MILES PER HOUR.

dodie - Got Weird is the song of the day and this is the OPEN THREAD for right now.