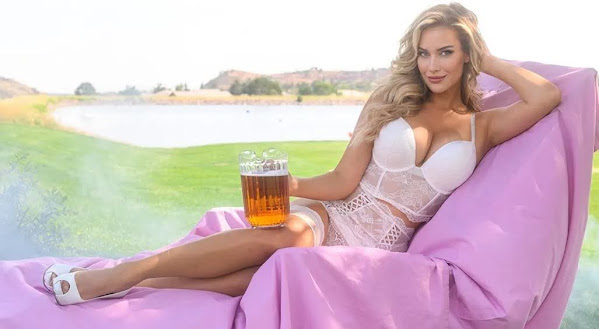 KANSAS CITY, Mo. (KCTV) - Three people including two firefighters were treated for injuries following a fire at the Canyon Creek Apartments complex Wednesday morning. The Kansas City Fire Department stated fire personnel responded about 11 a.m. to an apartment building in the 9300 block of Bales Avenue and immediately had to make a few rescues in the rear part of the structure.

KANSAS CITY, Mo. - The Kansas City Urban Farm Co-Op is getting creative to overcome a massive set back this summer. Two months ago, someone broke into the co-op's locked garden and stole the group's trailer that had roughly $20,000 worth of farming equipment inside.

IRVING, Texas - The changing Big 12 Conference plans to enter into discussions with ESPN and Fox about a potential early extension of its media rights deal that still has two more football seasons left after this one.

KANSAS CITY, Mo. - Jackson County announced Monday that it will begin the process of awarding grants worth up to $3 million to hospitals and health centers in the county. The county says up to $3 million will be available to help support infrastructure costs for health center construction, expansions, renovations and other improvements.

TOPEKA, Kan. - Sports betting platforms are raising the stakes, and fleshing out their plans to start mobile sportsbooks in Kansas. Sports betting in Kansas will begin with a soft launch at noon Thursday, followed by a full opening on Sept. 8.

A single-story brick schoolhouse with an unassuming name rests atop a gentle hill overlooking Independence, Missouri. Its freshly painted corridor holds a story that's been slow to reach beyond its doors. This building is where Alversia Pettigrew learned her ABC's as a child in the 1950s.


Kansas Cuts Ahead Of Election

Ahead of a busy travel weekend, AAA and local law enforcement are asking you to slow down and move over on the roads.Labor day weekend is one of the busiest for drivers as hundreds of thousands of Missourians hit the road, but that also means it's one of the deadliest times to travel.According to AAA, three people were killed and 73 people were hurt last year in crashes where parked emergency vehicles with their emergency lights on were on Missouri roads.

EX-GOLF star and social media sensation Paige Spiranac has hit back at parents who think she is a bad influence - after a twerking hologram went viral at the VMAs. Former pro Spiranac, 29, is Maxim's 'Sexiest Woman Alive' for 2022 and boasts a huge online following.

WASHINGTON - Maybe its all he ever wanted. President Biden is taking heat for spending 40% of his days in office "on vacation" after he was away from the White House for two-thirds of August.

Trump boasted he had 'intelligence' on Macron's sex life

Donald Trump boasted to close associates that he knew secrets about Emmanuel Macron's sex life from US intelligence sources, it has been reported. The report in Rolling Stone magazine comes in the wake of the release of court documents on the classified and national defence documents found in a search of Trump's Mar-a-Lago home on 8 August, which mention a file referred to as "info re: President of France".

CNBC anchor Joe Kernen criticized President Joe Biden's new student loan cancellation plan in a Wednesday interview with White House economic adviser Jared Bernstein. The plan intends to provide up to $10,000 in relief to those making $125,000 a year or less and $20,000 to Pell Grant recipients to be covered by national deficit reduction.

The U.S. Justice Department on Tuesday filed its latest response to former President Donald Trump's lawsuit over the FBI's search of his home, though some of its filings were made under seal because they include more details about the items seized from his Florida estate.

The IRS will be more like the NSA after Biden's changes

President Biden and the Democrats are setting up the IRS as the next three-letter intelligence agency, with the rapid expansion of the service's power and payroll. Changes resulting from the improperly-named Inflation Reduction Act have positioned the Internal Revenue Service as a potent political weapon - one that Democrats may not be the only ones to wield.

After a historic drop in 2020, life expectancy in the United States took another significant hit in 2021.

The U.S. is sending 'VAMPIRE' kits to Ukraine. Here's how they work.

LONDON - The Biden administration announced that Ukraine would receive $3 billion in military assistance - the largest amount it has sent since Russia began its invasion in February. The Department of Defense said that it was meeting both Ukraine's "immediate and longer-term security assistance needs."

'We're in a housing recession'

That's a big deal because spending on housing accounts for as much as 18 percent of GDP, and the sector typically leads recoveries. So, even as the Biden administration touts the strength of the labor market and consumer spending holds up, a prolonged downturn in the housing market could deepen any potential recession on the horizon for the U.S.

The American fast food company, Pizza Hut famously released an advert in 1998 featuring Mikhail Gorbachev, the former leader of the Soviet Union. Widely ridiculed by Russian press, no plans were made to release the advert in the country at the time.

YOU might not expect a Hooters waitress to boast an AA cup size, but one ex-employee shared her tips for disguising her small chest. She explained the three-step process that takes her from looking like "a teenage boy" to someone who can fill out the Hooters uniform.

Race For The River: The MR340 is growing the love of paddling in Kansas City

KANSAS CITY, Mo. - The premier flagship location for the Kansas City Chiefs-themed gym is opening in the Country Club Plaza right on time for the first Red Friday of the year. Chiefs Fit - Country Club Plaza, located at 612 W 47th Street, will open to members on Thursday, September 8.

"Anyone who grew up in Kansas City knows exactly what Italian Gardens means to this community," said Theresa Santos, who also owns and operates Ting's Filipino Bistro. "I can only hope I represent them to the best of my ability and as long as I can. This is me paying homage to Italian Gardens."

A Culinary Experience at the Kansas City Museum

Sponsored content When the Kansas City Museum began architectural design planning for Corinthian Hall in 2015, a priority was to create a café and soda fountain that would not only serve delicious food and beverages for museum visitors, but also offer culinary programs to explore Kansas City's history and cultural heritage while collaborating with Kansas City's chefs and entrepreneurs.

Another sunny and warm day for your Wednesday

Hide Transcript Show Transcript FOR LATE AUGUST. THERE IS ONE CHANGE TO THE FORECAST AND THAT WILL BE ON FRIDAY. POSSIBLY THE CHANCE OF A SHOWER. I WILL SHOW YOU THE MOST LIKELY SPOT. WE MIGHT EVEN DIP INTO THE 50'S. IT IS 54 DEGREES AND ATCHISON AND ST. JOSEPH.

Pete Yorn - Never Go is the song of the day and this is the OPEN THREAD for right now.