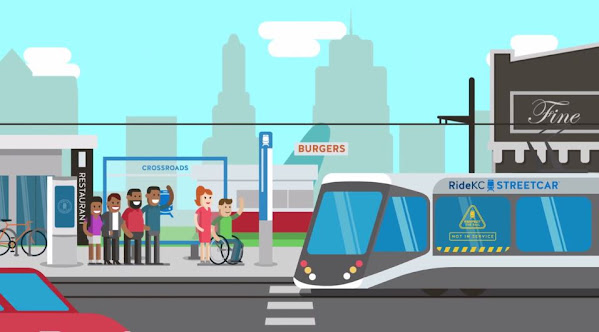 Proponents of fixed rail transit love to discuss urbanist theories and berate their neighbors who rely on cars for transportation.

So much of the amateur urban planner chatter seems to advocate a virtual utopia if only people would abandon the freedom that automobiles have provided to Americans which coincided with the emergence of this nation as the world's leading superpower.

However . . . The cheap talk discounts economic reality that locals have seen as Kansas City spends hundreds of millions to promote and expand our streetcar without much, if any sign of benefit for taxpayers.

So far downtown doesn't seem to be enjoying an economic boom outside of taxpayer funded entertainment venues. In fact, several businesses have closed along the "toy train" line.

As the route expands we've also witnessed rampant real estate speculation and several people displaced; again without much benefit or anything besides negative consequences for nearby communities.

Gentrification is rampant along with overpriced luxury living space that might or might not attract more biz for local merchants.

Recently we noticed that one hopeful biz was forced to close before the anticipated streetcar boom arrived.

Transit Coffee has shuttered and their story provides a warning for local businesses who are tempted to believe so much irrational exuberance regarding the promise a return to fixed rail transit for midtown residents.

Tragically, hype for a new place at this location willfully overlooks the far more important story of a local coffee shop's demise.

At first . . . They seemed patient and hopeful about the HORRIBLY PLANNED MAIN STREET CONSTRUCTION that has devastated businesses along this corridor. 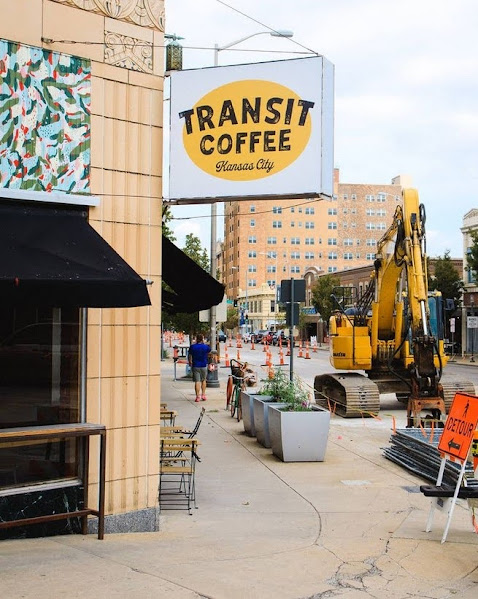 Again, the place was optimistic about their odds. Here's a passage from when they first started out:

“The idea is, Kansas City is this central hub for all kinds of different supply lines and transportation systems,” said Ben White, co-owner. “There’s lots of green coffee beans stored in the caves here.

“We can bring in all the best coffees. We want to serve high-end coffee, but not be pretentious.”

Now during a recent www.TonysKansasCity.com coffee run we were disappointed to see that the place has closed.

It's even more unfortunate because their online reviews were great.  Unlike other coffee shops, they weren't pretentious about their offerings and seemed to earn a great rep by offering deluxe size muffins along with great interactions with nearby customers.

Again, a new attraction is on the way without much mention of the challenging biz climate . . . A widely publicized small plate & champagne french bistro is slated to open soon . . . And then a bakery one door down. This also sounds like a bad idea just a few blocks away from two of the roughest bus stops in Kansas City.  But we wish them luck nevertheless.