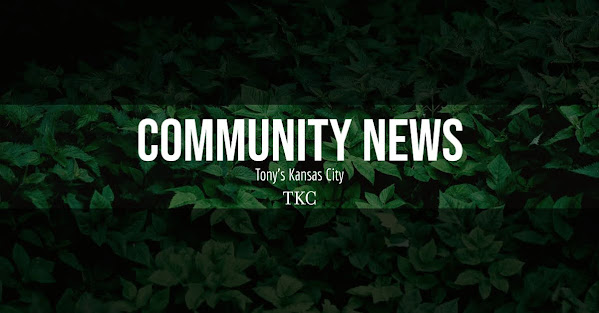 For this early morning blast we share this collection of neighborhood news from around the around the metro and a few longstanding topics that deserve a peek . . .

The United States Postal Service said it needs hundreds of more workers to keep up with the mail.Some people said they've had issues getting mail. One person said post offices have been closed during regular business hours.The post office is on a hiring spree.

KANSAS CITY, Mo. - Urban Hikes Kansas City is a local company that wants to get you out of the house, on your feet and into the city. Unlike regular hikes, which typically take place in parks or nature preserves, urban hikes are done in the heart of a city.

A week from Monday, Kansas City Public Schools will begin a new semester with a new interim superintendent, Dr. Jennifer Collier. Collier is entering her 23rd year with the district.She hopes to push for sharper literacy skills at all schools, so kids can apply them at other subjects.

KANSAS CITY, Mo. - With major national and international events on the horizon, officials with the Kansas City, Missouri, Aviation Department are pitching Kansas City International Airport for transatlantic service to London. According to documents obtained by the KSHB 41 I-Team, those aviation officials pitched KCI and the Kansas City area in a May 2022 meeting with British Airways officials in Bergen, Norway.

Hide Transcript Show Transcript TIME. 39 YEAR OLD CHAD SCHOFFLER HAS BEEN GETTING READY FOR HIS FIRST DUATHLON. I DO A LOT OF RUNNING AND A LOT OF BIKING I HAVE WELL OVER 1800 MILES FOR THE SEASON SO FAR, WHICH IS AMATEUR NUMBERS IN THE GRAND SCHEME OF THINGS ALL BECAUSE IN A DWATHLON, HE'LL RUN A MILE AND A HALF RIDE HIS BIKE FOR 10.6 MILES AND FINISH WITH A 5K THE BIG QUESTION IS WHY PUNISHING MYSELF?

LEE'S SUMMIT, Mo. - A new school year is starting with a big change to free and reduced meals since the pandemic started. Free school meal waivers from the federal government put in placed early in the COVID-19 pandemic expired June 30.

KANSAS CITY, Mo. - Last August, 1-year old Elaph Hasan Qureini and 3-year-old Makeen Hasan Qureini died in an accidental drowning. A year later, their father, Hasan Qureini, is speaking out against the cemetery his children are buried in. "You cannot have my kids inside here hostage," Qureini said.

TOPEKA, Kan. - The state of Kansas has chosen two books, one adult and one youth, to represent the state at the National Book Festival. Chosen as the adult entry, "The Chicken Sisters" by KJ Dell'Antonia follows the contentious rivalry of two sisters fighting for the title of best fried chicken in Kansas.

A dog named Tommy now has a new home.He is comfortable in a spot nowhere near the conditions where he lived before. "He would probably be on a chain," said owner Danna Armstrong of Tommy's former conditions.Armstrong rescued Tommy from a one-acre plot just off the Rock Island Spur of the Katy Trail last year.


Daniel Lynch battles, but bullpen blows up in 8-3 loss to Dodgers

Daniel Lynch battled over five shutout innings, giving up just two hits with four walks, but it was the bullpen that gave up all the runs in an 8-3 loss to the Dodgers Friday night. Lynch faced just three hitters over the minimum over the first four innings of the game, but ran into some trouble in the fifth.

The definition of "comfort food" tends to vary depending on who you ask. At two new Brookside restaurants, Brady & Fox and Earl's Premier, the term applies both to time-honored Irish recipes and East Coast oysters, respectively.


Window wordplay: More than meets the eye for lettering artist with a hand in Cafe Cà Phê's new look

Andrea Bosnak's name and face might not immediately look familiar, but many Kansas Citians have definitely seen her signature work across the metro - including such hotspots as Café Corazón, Alma Mader Brewing, Classic Cookie, and now Cafe Cà Phê's new brick and mortar location in Columbus Park.

For the second year, Kansas City Public Schools and the KCPS Education Foundation are partnering with area public health providers to host Summerfest, 2022, Saturday August 13th from 10am to 3pm at East High School, 1924 Van Brunt Blvd. Like last year, this will be a drive-thru event.