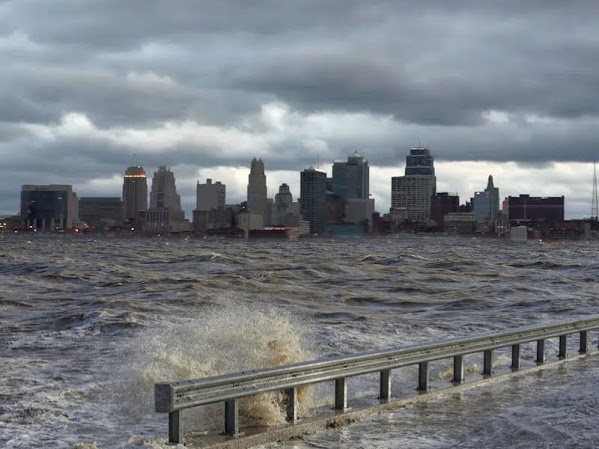 We posted about this previously but now it becomes just a little more laughable . . .

Today Kansas City earned a sneak peek at fall with mild morning rain, just a bit of street flooding and temperatures in the high 60s.

Also . . . I know, I know . . . Experts tell us not to confuse weather with climate . . . Then again, this report would've garnered more respect if it would have been released LAST WEEK when chubby white ladies were literally crying about the humidity in the street . . .  (Don't ask me how I know that but I have the texts to prove it) . . .

"A new study modeling heat across the United States shows Kansas City will be hit with extremely high heat index temperatures as the Midwest deals with the effects of climate change."

Kansas City will likely suffer 'off the charts' heat in the next 30 years, new study predicts

Kansas City is one of the top five metropolitan areas expected to experience heat index temperatures above 125 degrees in the coming decades, according to a new heat risk model. St. Louis is also on the list.