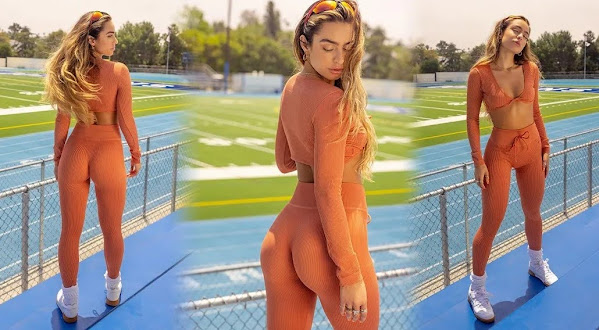 
Cowtown By The Horns

Critical injuries reported in crash on I-435 at Winner Road, unrestrained 4-year-old thrown from truck

The Kansas City, Missouri, Police Department is investigating what led to a collision on I-435 Friday morning that injured two people, including a child, and knocked out a long stretch of guardrail on the interstate. Police said a silver GMC Acadia and a green Ford F-150 were both northbound on I-435 just past Winner Road when they collided in the middle of the interstate.

Black Cowboys: Then and Now - Flatland

When Netflix went looking for someone to speak on the history of Black cowboys, they came to Kansas City. Local cowboy and children's author Trae Q. L. Venerable answered the call. Netflix released the Black western (or as some might call it, a western) "The Harder They Fall" in 2021.


Swinging For Good Cause

June 6th was the date for the KidsTLC Open Golf Tournament, which was held at Shadow Glen Golf Course. Golfers hit the links and helped KidsTLC celebrate its 50th anniversary. Players enjoyed libations, food stations, games, and more. Proceeds support the organization to help transform the lives of children and families experiencing challenges with mental and behavioral health, developmental trauma, and autism.

Model Sommer Ray might just make her 26.4M Instagram followers faint when they see these sexy snaps! On Friday night, the 24-year-old social media influencer took to social media to give fans a glimpse of her outfit in a post in which she captioned, "me, you & a 90s playlist."

Fearful that either former President Trump or President Biden could get the presidency for a second term, Washington Post columnist Charles Lane argued for a constitutional amendment that would put an age cap on anyone seeking presidential office.

TAIPEI, Taiwan - China said Friday it would halt cooperation with the United States on areas including military relations and climate change while imposing sanctions against House Speaker Nancy Pelosi as Beijing stepped up its retaliation to her Taiwan visit.

The Memo: Trump's TV stars pose problems for the GOP

Former President Trump loves celebrity - especially TV fame. But his enthusiasm is not working out so well for the Republican Party. Trump has backed a host of candidates in party primaries who are famous or have a track record in television, or both. But many of his chosen stars are underperforming, complicating the GOP's electoral...

KYIV, Aug 5 (Reuters) - Ukraine's Energoatom state nuclear power company said a high-voltage power line at its Zaporizhzhia nuclear power plant had been hit by Russian shelling on Friday, but that the plant still worked and no radioactive discharges had been detected. The plant is in Russian-controlled territory.


Pandemic Fades Across The Pond

The UK's latest wave of Covid continued to subside at the end of last month, with infections falling by more than half a million for the second week running, according to the Office for National Statistics.

The day after Alex Jones learned on the stand that his own defense lawyers had sent a trove of text messages ostensibly proving that he had perjured himself to the opposing counsel in his defamation trial, the conspiracy theorist used his InfoWars platform to express his apparent shock and disappointment.

What a weird mess of a legal saga this Elon Musk-Twitter suit is turning out to be. It has been less than a month since the social-media company filed a complaint in Delaware Chancery Court trying to force Musk, the world's richest man, to buy it for $44 billion.

U.S. Belief in Sasquatch Has Risen Since 2020 - CivicScience

Americans' belief in Bigfoot is on the rise. In a CivicScience survey in mid-July, 13% of U.S. adults said they agree with the statement, "Bigfoot / Sasquatch is a real, living creature." That's up from 11% who said the same in May 2020 - an 18% increase.

Lesky's Notes: This is the team, for better or for worse

Without the waiver trade deadline that we used to have, there's an interesting finality to the season when the trade deadline hits. Yes, there can be player movement through DFAs, releases and non-40-man trades, but mostly we now have two months of this being the team the Royals field.

6:00 AM ET Adam TeicherESPN Staff Writer Close Covered Chiefs for 20 seasons for Kansas City Star Joined ESPN in 2013 ST. JOSEPH, Mo. -- The Kansas City Chiefs had high hopes for their offensive line last year after they invested heavily in the position group following a Super Bowl LV loss in which the unit was overwhelmed.

Feeling bad vibes at work? It's a choice; Be the master of your own peace (Holistic Hustle)

Kharissa Parker-Forte is a news producer, writer, certified health coach, and columnist for Startland News. Editor's note: This commentary kicks off Parker-Forte's series on the 7 Pillars of Self-Care by discussing the intersection between spirituality and work. Read her "Holistic Hustle" columns for Startland News here .

Dick Vermeil will enter the Hall of Fame as an Eagle, but his Kansas City connections remain strong

Former coach Dick Vermeil will be inducted into the Pro Football Hall of Fame Saturday in Canton, Ohio. Though he'll enter the Hall as a member of the Philadelphia Eagles, Vermeil is still remembered for his time with the Chiefs - 17 years after spending his final coaching chapter here.

Impact Day Friday due to dangerous heat and humidity

S. Carey - Sunshower is the song of the day and this is the OPEN THREAD for right now.