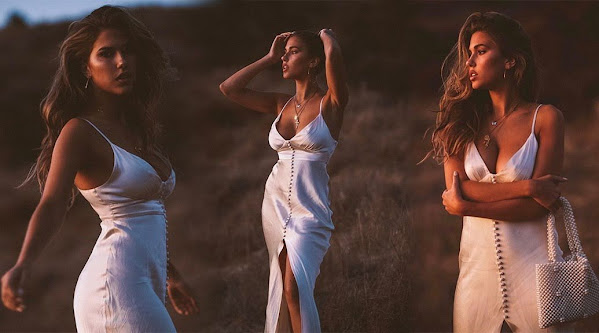 A local Kansas man has been showing his support for Ukraine in an unusual way.

As the U.S. government expands incentives for renewable energy, a decision by the Missouri Supreme Court is moving the state in the opposite direction by halting a solar energy tax break that has been on the books for nearly a decade.

A new Amelia Earhart museum in her Kansas hometown

Aviation pioneer Amelia Earhart disappeared in 1937 on a doomed voyage around the world. But she's still a big presence in her hometown of Atchison, Kansas, where a new museum dedicated to her is opening next year. Plus, the Kansas City man who's been designing and altering fur coats for over 40 years.

Evangelicals are often labeled right-wing, but is that always the case?

Most conservatives identify as Christian, with evangelical Christians comprising the largest religious subgroup. However, some evangelicals align with liberal viewpoints on current issues. The Rev. Alix Pridgen, a pastor at the Lutheran Church of the Resurrection, and Cheryl Bender, a member of the church's congregation, joined Steve Kraske to talk religion and politics.

After over 100 years, a weathervane will once again grace the cupola of the Kansas City Museum's storied carriage house and the design-build will be done by Denver based artist and historian Ed Dwight. If that name rings a bell, it should. Dwight grew up in Kansas City, Kansas and joined the Air Force in 1953.

Actress Kara Del Toro attends Netflix's premiere of the motion picture drama "The Gray Man" at the TCL Chinese Theatre in the Hollywood section of Los Angeles on Wednesday, July 13, 2022. Storyline: When the CIA's top asset, his identity known to no one uncovers agency secrets, he triggers a global hunt by assassins set loose by his ex-colleague.

Tucker Carlson: Despite Biden's unpopularity, Democrats still have a chance of holding Congress in November

For all the bad things going on, there are, on the other side, Joe Biden's approval ratings, which are a nonstop source of joy for us. And if you've seen them recently, you know in your heart exactly how the November elections are going to turn out.

Facebook has a midterm strategy. Trump won't be part of it.

"We're going to stay on that timeline," Nick Clegg, president of global affairs at Meta, Facebook's parent company, said in an interview. Facebook blocked Trump following posts the company said violated its incitement of violence policy during the deadly riot at the Capitol on Jan. 6, 2021.

Trump CFO's plea deal could make him a prosecution witness

NEW YORK (AP) - The chief financial officer of Donald Trump's company, Allen Weisselberg, will plead guilty to tax violations in a deal that would require him to testify about illicit business practices at the Trump Organization, prosecutors and his lawyer told a court Thursday.

CBS News Federal health officials announced Thursday a major boost to the country's supply of monkeypox vaccine amid a surge in new cases nationwide. The White House said an additional 1.8 million doses of the monkeypox vaccine will be available starting Monday, as cases are up over 30% from just a week ago.

KYIV, Ukraine - Russia unleashed a furious barrage of rocket attacks on the northeastern city of Kharkiv overnight Wednesday and Thursday morning, destroying a dormitory for the deaf, pulverizing scores of residential homes and killing at least 15 civilians, Ukrainian officials said.

The Royals entered tonight's series-opener against Tampa Bay having not scored a run since the 1st inning of Monday's game against the Twins. The scoreless streak ended, but the offensive slump continued into the 2nd leg of this road trip, with the offense being stifled and ultimately undone by a five-run 7th in a 7-1 loss.

When Sandlot Goods took to Kickstarter to crowdfund what it called "the perfect ball for the game of catch," the world listened. More than 2,200 backers from across the globe pledged funds to secure their own Yardball - lighter than a baseball and sewn by hand with soft, premium leather.

It's shaping up to be another nice day in the region...much the same as yesterday when we started with sunshine and then by lunch popped up the cumulus clouds in the area as the heating of the day really kicked in. Those clouds by the way are formed when the sun's energy...heats up the terrain...then [...]

Kate Bush - Running Up That Hill is the song of the day and this is the OPEN THREAD for right now.