Kansas City Friday Hyperlocal: Back To School & Allyship Across The Metro 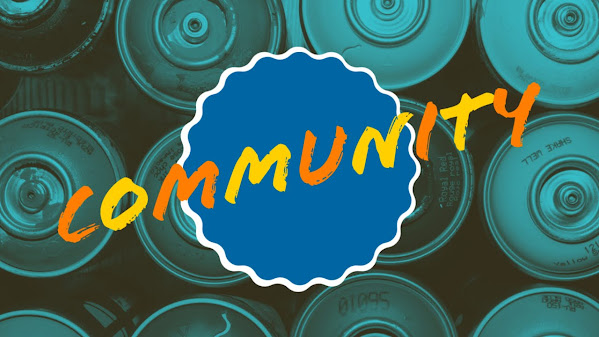 We start Friday with a bevy of news links that seem to be a bit more upbeat than our typical content and hopefully remind us that our neighbors ARE NOT our enemies.

OVERLAND PARK, Kan. - Back-to-school season in the Kansas City area is back in full-swing with the most normal-feeling-return since the start of the pandemic. Health leaders at the local and federal level say that heightened immunity levels paved the way for relaxing rules related to COVID-19 exposures.

It's time for coworkers to move beyond best intentions, said Ghadeer Garcia and Mark Logan, announcing the launch of a new project aimed at pushing allies in the workplace to action. The co-founders created the Ally Lab project through Idealect, an equity-centered social innovation company in Kansas City.

Royals Charities are set to let runners race through Kauffman Stadium with the 2022 Sluggerr Run. The 5K/10K is presented by Price Chopper and is slated to get underway on Saturday, Sept. 3."Are you ready to run with the king of the jungle? Get your running shoes ready," Royals Charities said in a press release Wednesday.

OVERLAND PARK, Kan. - One local family in Overland Park is trying to bring their son home from Mexico, after he was in an accident shortly after moving there. Jim Cattey is the vice president of sales and merchandising at Smoke 'n' Fire in Overland Park, a one-stop shop for grilling appliances and accessories.


Mom puts up billboard in KC warning others of fentanyl dangers

KANSAS CITY, Mo, - One mother with ties to Kansas City has a grim message - once she's posted on a billboard near the downtown loop. Sara Manser often references "the other epidemic." Thousands of American have lost loves ones to fentanyl abuse, some of whom never intended to use it.

In the middle of a former church building being renovated into a new school, Sarah Vore described the last few years of work that went into what will open in September as Steeplechase Academy. Vore, program director at Steeplechase, has been involved in the process of developing more than a dozen Montessori schools around Missouri and Kansas.

KANSAS CITY, Mo. - Luis Pecina is working to become an Eagle Scout. But to reach his goal, he needs to have a project under his belt. While he and his dad were listening to NPR, he heard about the need for blood donations and decided to do a blood drive as his project.

The Kansas City Health Department is hosting a vaccination clinic on Saturday, Aug. 20, where required back-to-school vaccinations will be provided along with end-of-summer fun. The event takes place from 9 a.m. until 2 p.m. at 2400 Troost Ave. "Vaccinations are so important to keep kids protected from viruses and diseases.

Gladstone Helps Ministries. // Courtesy Angela Thomas Angela Thomas was raised in the church but often saw a lack of action in faith. What started as simple acts to help houseless individuals throughout the city has now become a major group effort among Thomas's congregation and fellow community members to create a more equitable life for those around the metro....