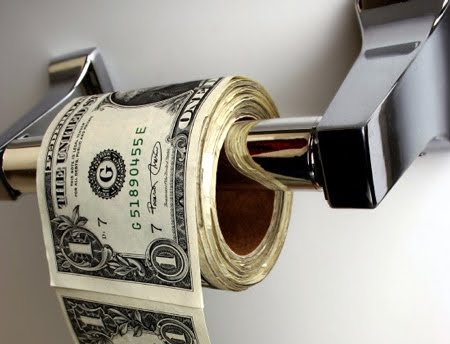 Make no mistake . . . This news is probably more important than anything else broadcast locally right now.

We always regret that so many people don't understand how money works and so we attempt to clip the most basic info so that some readers might get a glimpse into fight over the value of the cash in their wallet:

“We are trying to get back to 2% inflation as quickly as we can, without doing damage to the economy,” Federal Reserve Bank of Kansas City President Esther George told Yahoo Finance in an interview on Wednesday at the Jackson Hole economic symposium, which is hosted by the Kansas City Fed.

More detail and a glimpse of the local situation in this passage . . .

George, who has been cautious about the pace of rate hikes, said a challenge in avoiding damage from rate moves is the lagged effect of monetary policy.

When central banks raise interest rates markets often react quickly, but it can take months for those changes to bleed through to the broader economy. For the Fed, which has acknowledged the breakneck pace of inflation, that means that the full brunt of its rapid rate hikes have yet to be seen.

"I don't think we have seen the effects [of rate hikes] yet," George said. "But remember, we are operating in an uncertain time... It will be important for us to communicate clearly the path ahead, so that those financial conditions can tighten alongside those rate moves."

Federal Reserve Bank of Kansas City President Esther George said Wednesday the central bank has "more work to do" on interest rate hikes, and said the sharpest impacts from its recent moves have not yet been felt.

As the Federal Reserve's annual Jackson Hole symposium kicks off in Wyoming Thursday, Kansas City Fed bank president Esther George sat down with FOX Business' Edward Lawrence to say she sees rate hikes through the end of the year.