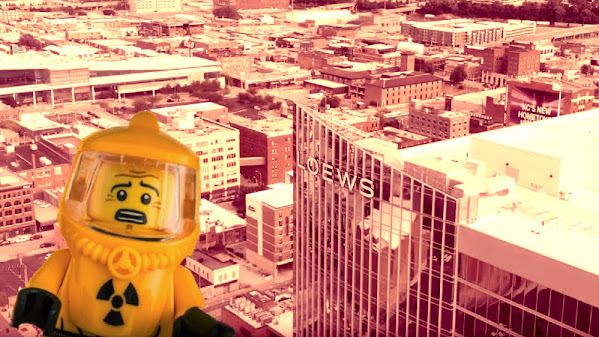 The pandemic destroyed the ponzi schemes of a great many developers and seemed to ruin the so-called "momentum" of an endlessly alleged downtown renaissance.

We don't believe in karma but we appreciate a good joke and one of the greatest funnies in local history occurred when the downtown convention hotel was rammed through without a public vote and garnered MILLIONS of hotly contest taxpayer cash only to OPEN IN THE MIDST OF A GLOBAL PLAGUE.

It's okay to laugh . . . Locals will be paying for the luxury hotel reminds us of the consequences of fate for generations.

The rebuild continues and ONE OF OUR MOST KICK-ASS READERS shares valuable info and offers a take on how it's going . . .

This is the first time I’ve seen the actual charts. At least we’re not Portland! Or Cleveland! Or San Francisco!

53% recovery. "Excellent progress!" as ONE OF YOUR MORE CONTROVERSIAL COMMENTERS would say. 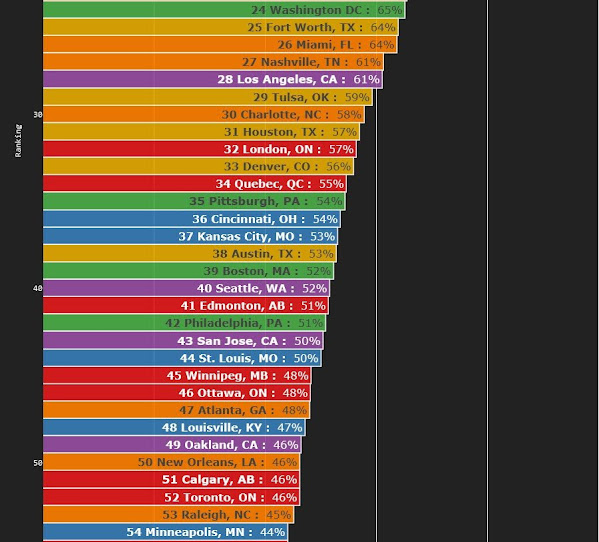 The city itself is 84% recovered, so the problem appears real specific to downtown. I’ve been down a few times lately, and had the pleasure of seeing a man assembling a crack pipe across from city hall. Oppressed, likely. The district smells odd, and everyone seems to be a tweaker, hardly any normies waking around at 10:00 am. 10:00 pm must be like escape from New York.

Experiment with downtown recovery correlations with employment, land use, and socioeconomic data.