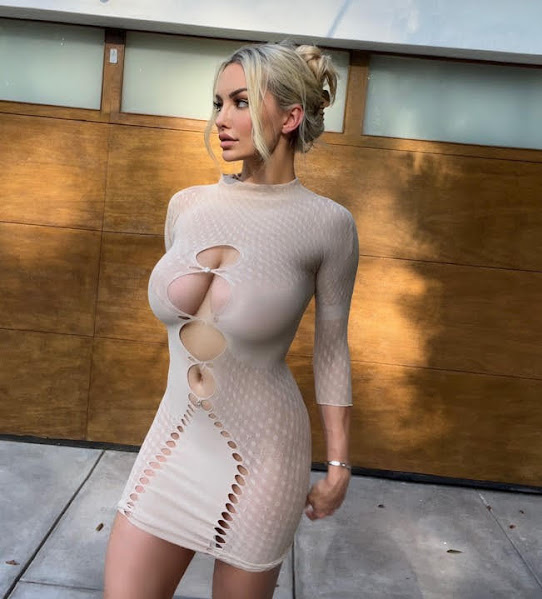 KANSAS CITY, Mo. - Kansas City Police are investigating an overnight shooting near 24th Street and Benton Boulevard in Kansas City, Missouri. Police say they were called to the area around midnight. The Kansas City, Missouri, Police Department says a man was shot and taken to the hospital with serious injuries.


More Hype Inside The Loop

KANSAS CITY, Mo. - Residents and students will have a chance to learn more about the vaunted Tuskegee Airmen when a traveling exhibit opens for two days - Tuesday and Wednesday - in Kansas City, Kansas. The CAF Red Red Tail Squadron's Rise Above Traveling Exhibit, including a P-51C Mustang, will be displayed from 11 a.m.

GloWild at the Kansas City Zoo

See the Kansas City Zoo in a whole new light this fall with a new, completely unique and immersive nighttime experience, GloWild. This lantern festival will be the largest of its kind in the Midwest, featuring massive steel and silk works of art that include animals, local landmarks, botanicals, and Asian cultural creations.

A French-modern kitchen accented with striking marble and fresh, white paneling designed by Laura McCroskey of Kansas City-based McCroskey Interiors caught the eye of producers at HGTV. After seeing the kitchen design in House Beautiful earlier this year, an HGTV producer called McCroskey and told her the kitchen could do well as a nominee for...

Lindsey Pelas shows off toned physique as she talks abs

Bombshell Lindsey Pelas has shared pics from a daring new photo shoot as she revealed, "I don't spend a lot of time doing abs". The model and Instagram sensation thrilled her 8.5 million Instagram followers last week, posing in low-cut white undies and with her ripped jeans lowered, and she was charging for the privilege.

America's political climate is hitting a late summer boiling point, as a leading GOP senator warns of street violence if Donald Trump is indicted and President Joe Biden charges that his predecessor's party is consumed by "semi-fascism."

The Justice Department said it has reviewed the documents seized from former President Donald Trump’s home and set some aside as potentially attorney-client privileged.

Some top Republicans acknowledge the growing angst and concern, as it's become clearer that Trump may have been warehousing some of America's most sensitive secrets in an unsecured basement - and even refused to turn them over when the National Archives and Justice Department tried to recover them.

WASHINGTON - Last fall, Republicans held high hopes of a "red wave" in the 2022 elections after they stormed to power in blue-leaning Virginia and nearly won the governor's race in New Jersey. While Democrats were demotivated, the GOP base was on fire.

Rep. Alexandria Ocasio-Cortez believes Americans should be more supportive of one another - and that we can start by embracing President Joe Biden's student loan forgiveness plan. On Saturday, one of Ocasio-Cortez's Instagram followers asked her, "How does cancelling student debt help us who paid their loans?"

The U.S. economy is going to fall into a recession next year, according to Steve Hanke, a professor of applied economics at Johns Hopkins University, and that's not necessarily because of higher interest rates.

China's southern city of Shenzhen on Monday shut down the world's largest electronics market and suspended public transport nearby as authorities enforced neighborhood-wide lockdowns in response to a small number of Covid cases.

Kyiv claims Russian forces are starting to retreat as counteroffensive begins; 'we will chase them to the border,' Zelenskyy says

All eyes are on Ukraine's counter-offensive in the south of the country, with one of the country's officials saying progress has been made. A spokesperson for Ukraine's southern military command told NBC News on Monday that Russian troops were retreating from some areas where Ukraine has launched a counteroffensive.

A woman has taken her unique breast sizes and turned them into a side hustle that's earned her thousands. Imogen Grace has one boob almost double the size of the other, but despite not having a bra that properly fits has turned down surgery to even out her breasts, saying she's learned to embrace her unique look.

LEAVENWORTH COUNTY, Kan. - The sunflowers at Grinter Sunflower Farms are coming into bloom. Farmer Ted Grinter expects his fields in Leavenworth County, Kansas, to be in full bloom by Labor Day weekend. The annual bloom attracts visitors from all over the world, most of whom want to take pictures in the field.

Arrowheadlines: Chiefs open as 3.5 point favorites against the Cardinals

The international pipeline for the Royals has dried up

In discussions of who is the current or future face of baseball, several names are usually brought up: Soto, Vladdy, Acuña, Ohtani, Tatis, Wander, Julio. A common thread emerges from these names. Each of these players entered affiliated baseball as international signings.

Irish Fest celebrates 20 years in Kansas City: Who's performing, how to get tickets

KC Irish Fest is celebrating 20 years in Kansas City, and organizers are going all out for the weekend in Crown Center. The festival has over 300 performers scheduled, from live music and dances to Irish comedians and artists. "You don't need to be Irish to enjoy it," said Keli O'Neill Wenzel, executive director of KC Irish Fest.

Drying out through the end of the week, highs in the mid to upper 80s

Hide Transcript Show Transcript IT IS A LITTLE BIT OF FALL HERE. IT PATCHY FOG. NOT GOING TO HAVE ANY PROBLEMS WITH THIS. I HAVEN'T SEEN ANY DENSE FOG. DOWN A QUARTER, EIGHTH OF AN MILE VISIBILITY. WE HAVE THE RIGHT CONDITIONS FOR IT.

Plains - "Problem With It" is the song of the day and this is the OPEN THREAD for right now.