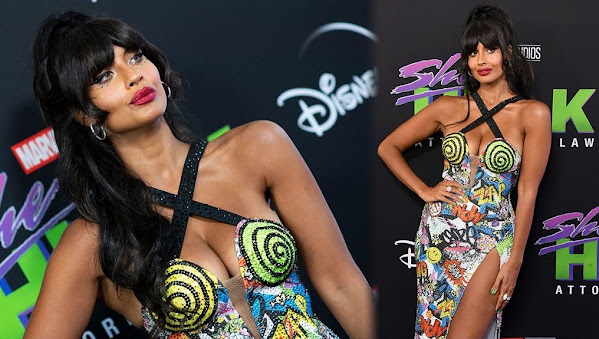 Right now we take a quick peek and more than a handful of news links related to pop culture, community news and top headlines.

Downtown KC residents, workers, and visitors will have reason to celebrate on Tuesday with 816 Day. This special day mirrors this city's area code, and serves as an annual, city-proclaimed celebration of Kansas City culture, featuring live entertainment, branded events, and fun activities. This year's celebration features an interactive Bingo Scavenger Hunt game that began on Aug.

BLUE SPRINGS, Mo. - Leaders in Blue Springs voted down a huge housing development on Monday night. Going into Monday's city council meeting, a two-thirds vote was required to re-zone a piece of land on South Litchford and East Wyatt Roads from agriculture to residential.

Man dies two weeks after being hit by customized truck

KANSAS CITY, Mo. - A man who was run over by a customized truck on July 30, died on August 15 from his injuries. The incident happened in a parking lot across the street from the Peppermill Lounge in south Kansas City. According to police, officers were called to the area just after 2 a.m.

KANSAS CITY, Mo. - Firefighters were called to a duplex fire in Lenexa early Tuesday morning. Crews responded to 10914 Haskins Street after a motorist saw flames coming from the roof just after 5:30 a.m. The house is unoccupied and under renovation, according to the Lenexa Fire Department.

This summer has been a scorcher, and sky-high temperatures have felt even worse due to the near-constant humidity in the air. This muggy weather has caused days in the 90s to feel like over 100 degrees during the past months-and summer still has more than a month to go.

Jameela Jamil showed off her curves in a comic book themed dress at the Los Angeles premiere of She-Hulk: Attorney At Law on Monday. The 36-year-old actress wore a low-cut gown covered in comic book drawings that read words like 'bang' and 'zap' like many comic books feature.

Liz Cheney is the last stop on Trump's impeachment revenge tour. But he is the key to her future.

JACKSON, Wyo. - Rep. Liz Cheney's supporters have mixed feelings about the brutal defeat likely heading her way in Tuesday's Republican primary: resignation about her fate, pride in her for standing up to former President Donald Trump at a personal price and hope that she will rebound to a more prominent place in national politics.

WASHINGTON, Aug 16 (Reuters) - The United States military said on Tuesday that it had carried out a test of a Minuteman III intercontinental ballistic missile, delayed to avoid escalating tensions with Beijing during China's show of force near Taiwan earlier this month. The test showed "the readiness of U.S.

A complicated fall vaccine campaign: Updated Covid boosters, flu shots, and how to time the jabs

or the health officials who steer vaccination campaigns, it's going to be a complicated fall. The U.S. plan to roll out updated Covid-19 boosters will not only coincide with the logistical tangle of the regular flu shot drive, but will also face questions about when people should get the new shots to provide themselves with the best protection through our third Covid winter .

There may be no escape from recession. The latest reports on housing and manufacturing, according to investor Peter Boockvar, suggest it's rapidly spreading to other parts of the economy. "People are not being sensitive enough to this economic slowdown and what it's going to be mean for corporate earnings and profit margins," the Bleakley Advisory Group chief investment officer told CNBC's " Fast Money" on Monday.

The world food crisis is about to get worse

People with hearing loss could soon buy hearing aids without needing to have an exam, prescription or special fitting first. Driving the news: In a move years in the making, the FDA on Tuesday issued a final rule allowing over-the-counter sales of hearing aids to adults with mild or moderate hearing loss.

American automobile company Dodge is discontinuing production of its widely popular gas-powered muscle cars. Dodge, which is Stellantis's American performance car brand, on Monday announced both the Charger and Challenger models in their current forms will end with the 2023 model year, as the company follows suit with the rest of the automobile industry and makes large investments to produce electric vehicles.

Kerry Katona admitted she underwent another "scary" boob job despite the huge profits she has been raking in on OnlyFans due to the size of her breasts. The I'm a Celebrity... Get Me Out of Here! star compared herself to a "human Frankenstein" as she admitted she initially got implants put in because they were free.

Kansas City proved it could hang with Sleeping with Sirens

NORTH KANSAS CITY, Mo - The average family is estimated to cough up $1,200 on college or university items this year, according to the National Retail Federation Annette Pippins graduated from North Kansas City High School in May of 2022 and all summer long she's been putting in long hours at work to be able to afford college.

KANSAS CITY, Mo. - One of the Kansas City Chiefs' all-time greats remains in hospice care. As FOX4 first reported on Friday, Len Dawson entered hospice care, where he remained on Monday, surrounded by loved ones. The 87-year-old is an NFL Hall of Famer, who rose to sports immortality after leading the Chiefs to victory in Super Bowl V in 1970.

Thunderstorms will impact your morning drive and bus stop plans

UP. YOU WILL PROBABLY ENCOUNTER THIS ON YOUR DRIVE INTO WORK THIS MORNING. YOU WILL HAVE TO SLOW THINGS DOWN SO YOU DON'T HYDROPLANE. WE WILL RECEIVE LIKELY ANOTHER HALF AN EDGE OF RAIN BEFORE THIS BIG AREA OF RAIN MOVES OUT AND DISSIPATES. THE DOWNPOURS ARE ON THE SOUTHERN EDGE.

Steve Lacy - Bad Habit is the song of the day and this is the OPEN THREAD for right now.