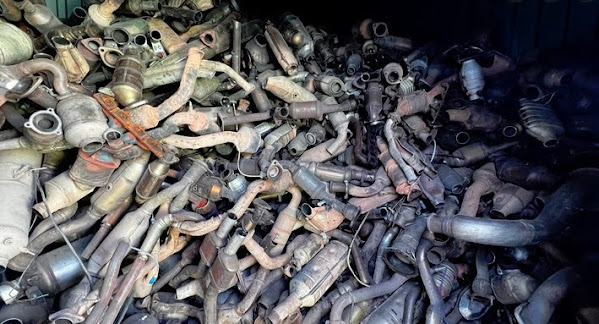 220721 - Amending Chapter 50, Code of Ordinances, by adding a new Section 50-129 to prohibit the unlawful possession of a used catalytic converter.

An important caveat that makes this legislation pretty much worthless . . .

"No person shall be prosecuted under this ordinance if they are a licensed scrap metal dealer acting in compliance with scrap metal regulations established by the City of Kansas City and the State of Missouri."

And therein lies the problem . . . Missouri rules are fast & loose and provide a lot of leeway for the trade in this illicit part to persist.