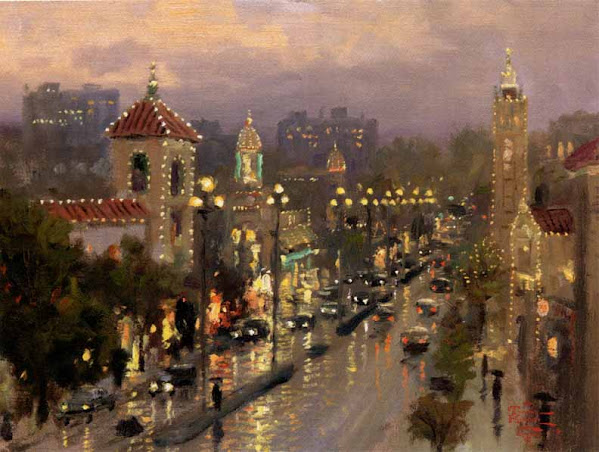 Not every instance of gunfire makes the news and this fact of life troubles many local residents.

A quick check of any home spy cam app can easily reveal daily & repeated instances of gunfire across the metro.

Throughout the summer youngsters have started congregating near the Central Parking Garage between Nichols Rd. & 47th street.

Here at TKC our only annoyance is that some of the more pushy tweens take up space at Starbucks and only order water . . . This summer we noticed union advocate baristas quickly losing their patience and seeming just a bit more "conservative" in their criticism of urban youth amid the constant freebie interruptions. It seems that workers of the world don't want to unite with people who aren't going to leave generous tips.

Rambunctious youngsters don't really scare TKC . . . HOWEVER . . .The threat of gunfire in a crowded entertainment district is, in fact, a terrifying prospect and it seems that urban tween party time is growing a bit more dangerous . . . FOR THEIR SAKE we can only hope more people showing CONCERN helps to prevent any (more) needless violence.

Nowadays, repeated reports of down-low Country Club Plaza violent disturbances remind us that Mayor Q basically gave a dangerous mob permission to riot when he chanted "no justice, no peace" in the middle of riot during a 2020 crisis.

Since that time . . . The Country Club Plaza seems to have lost more than a bit of its luster and now openly struggles to lure back patrons, paying customers or ANYONE other than potential protesters.