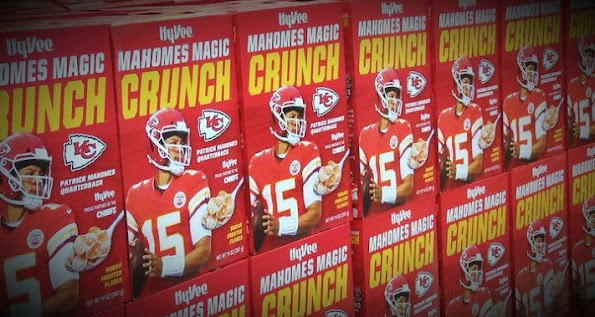 From left handed, no-look passes to god-like adoration in general . . . Kansas City's favorite baller seems to be starting up the hype machine early . . . Even amid increasing doubt.

Here's another glimpse at his greatness . . .

Mahomes, in his worst statistical season as a professional starting quarterback, still had a higher quarterback rating than Tom Brady’s career rating. His interception percentage last year—2 percent—would, if he maintained that pace his whole career, be the ninth-best percentage in history. (He’s tied for second all time in the stat, by the way.) “If it was a slump,” said Andy Reid, who clarified that’s a big if, “it was a good slump.”

Patrick Mahomes's football problems are typically good problems to have. We were talking on a rainy training camp day last week about the worst stretch of his career-the first 10 weeks of last season and how it changed him.

The Kansas City Chiefs have been one of the NFL's greatest teams since the mid-2010s. Behind their greatness is arguably the game's best quarterback in Patrick Mahomes, an other-worldly tight end in Travis Kelce, and the eventual (presumably) Hall of Fame head coach that is Andy Ried.