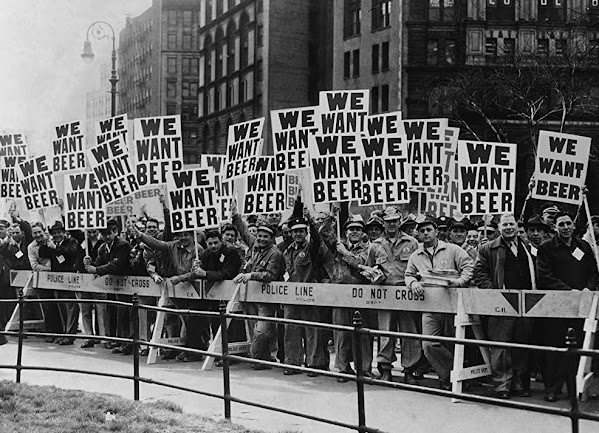 The report we're linking in this post is mostly booze industry hype . . .

However, one interesting passage reveals that it's much more profitable to serve tasty adult beverages rather than help people overcome their addictions.

"Looking back, the Rooneys say that finding a location was the most difficult part of the process—in part because they were determined to open a brewery in Brookside, the neighborhood they called home. (BKS is shorthand for Brookside.) After searching for a bit more than a year and spending close to another year building out the small production space and sparse yet inviting tasting room, the Rooneys launched BKS in December 2017. It required a city-ordinance change and the enthusiastic support of a local developer—who saw the potential in a former alcohol rehab center, of all places—but today their commute is a mere 15-minute walk."

BKS has won national acclaim for its supple IPAs and gained ardent local fans for its classic ale styles and-now-for its lagers. Undazzled, the Rooneys say they are determined to grow slowly, keep a laser focus on quality, and continue to make beer in their own careful way.