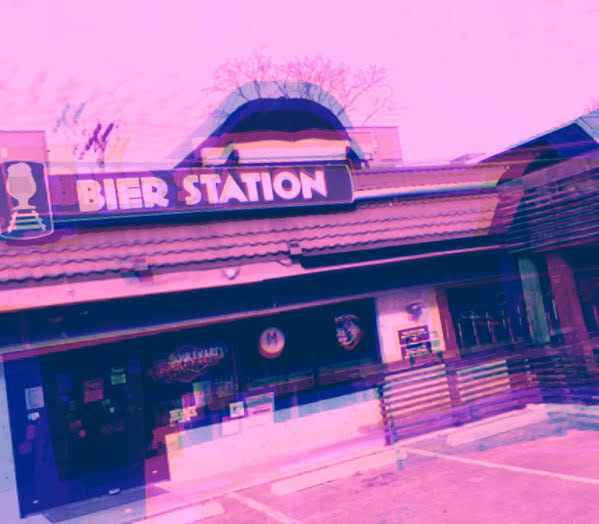 Actually, this article is being nice and downplaying the left-wing branding of this Kansas City activist brew house . . . On social media this crew regularly eviscerate their critics and stand up for "social justice" more than any other local booze merchants.

Here's the start of their story and a celebration of their latest event . . .

John Couture, owner of Bier Station in Waldo, is not most people. He openly supports progressive causes on the Bier Station social media pages and with fundraising events for causes he believes in. As he recently posed on Facebook by quoting Dolemite, “How high are the stakes and whose side am I on?”

It’s a quote that he takes seriously, as he explained on the sidelines of the First Annual Josh Hawley Fun Run (dedicated to raising money for causes Josh Hawley hates), which took place in Waldo at Bier Station last Thursday night. “Bier Station has been increasingly involved in causes, many of them progressive-minded, especially since Trump. Basically, we feel like big corporations can spend tens of millions of dollars to support candidates and the causes they believe in. We feel that as a small business we should be able to do the same thing and leverage whatever we can to make a difference in what we believe in and in what we believe we are,” says Couture.

Josh Hawley Fun Run. // Photo by Jim Nimmo "Go woke and go broke!" is a saying that conservatives like to toss out whenever they see a small business supporting a progressive cause they disagree with. The idea, of course, is that the risk for small businesses taking a stand on a social or political issue is simply not worth...