The latest local homicide report continues to boost the pace of deadly crime on local streets over last year.

Again, this is (unofficially) KCMO homicide #106 compared to only 97 at this time last year.

UPDATE: FOLLOWING AMBER ALERT, YOUNGSTERS HAVE BEEN LOCATED AND ARE SAFE!!!

The suspect, Jordan Owsley b.m 4-4-1995, left the scene in a white KIA Optima Missouri License vf2e2b with his two children.

Here are photos of the girls that police are sharing with media . . . 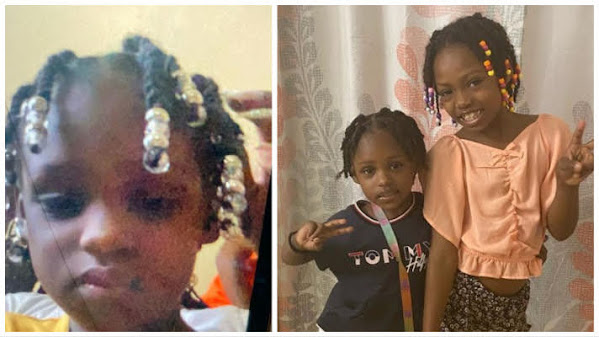 Here's what we know right now. We'll have more info as it becomes available . . .

Just before 4pm, officers were called to the 1300 block of E 89th Street in regard to a shooting.  Upon their arrival, they located the victim, an adult male, suffering from apparent gunshot wounds.  A citizen on scene had already started CPR, upon officer's arrival, they took over and continued life-saving measures on the victim until EMS arrived.  Unfortunately, EMS declared the victim deceased at the scene.

Detectives and Crime Scene Personnel responded to the scene.  They are processing the scene for evidence and canvassing for any potential witnesses.  Anyone with information is asked to call detectives at 816-234-5043.  Or you can remain anonymous by calling the TIPS Hotline at 816-474-TIPS.

As the investigation continued investigators learned the suspect of the homicide, Jordan Owsley b/m 27 years old, fled the scene with his two children who were at the scene.  Jordan left in a white Kia Optima Missouri License VF2E2B.  An Amber Alert has been issued for both children, Marlaya J Owsley b/f 7 years old and Cassiah Z Owsley b/f 4 years old.  Marlaya was seen wearing an orange top, pink/blue shorts, brown sandals with her hair in a ponytail in the front.  Cassiah was last seen wearing a pink/blue/white romper with spaghetti straps and pink and white shoes.  Cassiah's hair is in braids with beads.

ANYONE WHO SEES THE VEHICLE, SUSPECT OR CHILDREN ARE ASKED TO CALL 911 IMMEDIATELY.  DO NOT APPROACH THE VEHICLE OR THE SUSPECT, HE IS CONSIDERED ARMED AND DANGEROUS.

KANSAS CITY, Mo. - The Kansas City, Missouri, Police Department is investigating a fatal shooting in the 1300 block of East 89th Street. Officers responded shortly before 4 p.m. Sunday. No word on what led to the shooting. This is a developing story and may be updated.


Amber Alert: Two KCMO girls abducted by their father who is a homicide suspect

The Missouri State Highway Patrol has issued an amber alert for a 7-year-old and 4-year-old. The children were abducted by their biological father, Jordan Maurice Owsley, police said, after he committed a homicide in the 1300 block of 89th Street around 4 p.m.Authorities believe Owsley, 27, took 7-year-old Marlaya Owsley and 4-year-old Cassiah Owsley.