Kansas Abortion Vote: The Morning After 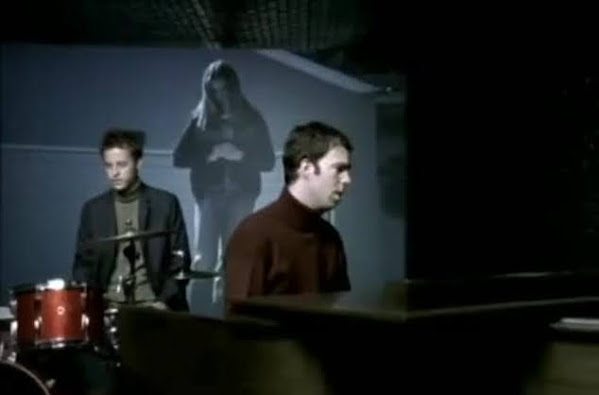 Across the nation there's celebration over an election outcome that allows women the freedom to commit what's often a tragic and dismal decision.

Here's the mainstream takeaway that'll be rebroadcast ad infinitum until the midterms are complete:

"As Republican-controlled state legislatures around the country race to outlaw the procedure in the aftermath of the Supreme Court decision overturning Roe v. Wade, traditionally conservative Kansas, given the chance to directly respond at the ballot box, denied their own elected leaders' the chance to revoke a right that has broad support across swaths of independent polling."

In most cases abortions aren't really an expression of freedom, autonomy or equality.

By and large, abortion is nothing more or less than a disconsolate choice suffered by women who are often mired in circumstances without hope.

Researchers are working diligently to deny the mental health impact endured by women who have undergone abortions and juxtapose any reports of adverse affects with data highlighting the hardships inflicted upon those who have been denied the controversial procedure.

Simply talking with a woman who has undergone an abortion would reveal that, despite the data collected by agenda-driven clinicians, "relief" is likely the last thing most women feel in this unfortunate circumstance and "the science" on the topic is becoming as hopelessly rigged as everything else amid midterm election season.

The untold punchline is that the abortion "choice" is just another bleak catch-22 confronted by women who will likely encounter untold suffering no matter what path they accept.

BUT LET'S NOT DWELL ON THE DECAYING STATE OF MENTAL HEALTH IN THE U.S. EXPLOITED BY PARTISAN OPPORTUNISTS!!!

Instead . . . I'll finish this post with a cruel joke that I like to play on all my lady friends which seems relevant in this situation . . .

In November of 1997 Ben Folds Five released what might be a hopeless Gen-X anthem that helps to explain why most Americans between the ages of 40-60 don't really believe in ANYTHING.

The song is an emotional yet disconnected meditation on abortion choice that's worth a listen on this "historic" day . . .

"People ask me what this song's about... I was asked about it a lot, and I didn't really wanna make a big hairy deal out of it, because I just wanted the song to speak for itself. But the song is about when I was in high school, me and my girlfriend had to get an abortion, and it was a very sad thing. And, I didn't really want to write this song from any kind of political standpoint, or make a statement. I just wanted to reflect what it feels like. So, anyone who's gone through that before, then you'll know what the song's about."

A bit of background . . . When a lady friend is feeling exceptionally lost in their feelings. TKC will typically pull up this hopeless little tune and giggle.

Laughing at misery probably represents some other kind of dysfunction but also could be a remarkably underrated skill and something that we hope this dump of a blog has taught our readers over the course of nearly two decades.

The wording of the question was convoluted, but the answer was crystal clear: No. Voters in Kansas on Tuesday, in dramatic numbers and by an overwhelming margin, rejected a ballot measure that would have allowed lawmakers to ban abortion in the state.

The ballot measure was failing by a 63-37 margin at 9:45 p.m. as voters responded to an intense and costly campaign marked by dubious claims by amendment supporters and the unraveling of protections by the U.S. Supreme Court. // Noah Taborda/Kansas Reflector Voters in a landslide Tuesday defeated a proposed amendment to the Kansas constitution that would have stripped residents...


Sorry, Kansas voters: The crusade to revoke your abortion rights will never, ever end

OPINION AND COMMENTARY It's not over, you know. Yes, Kansas shocked the nation Tuesday night by delivering an unexpectedly resounding no vote to a state constitutional amendment that would've paved the way for an abortion ban.


Kansas Votes to Preserve Abortion Rights Protections in Its Constitution

Aug. 2, 2022, 10:44 p.m. ET OVERLAND PARK, Kan. - Kansas voters resoundingly decided against removing the right to abortion from the State Constitution, according to The Associated Press, a major victory for the abortion rights movement in one of America's reliably conservative states.


Kansans vote to uphold abortion rights in their state

Kansas voters on Tuesday overwhelmingly struck down a proposed constitutional amendment that would remove language enshrining reproductive rights in their state, in a move widely seen as a victory for abortion rights activists. The proposed amendment was the first time anywhere in the U.S.

For the first time since the Supreme Court overturned Roe v. Wade, leaving it to states to determineabortion access, the issue appeared on a state ballot. In Kansas, CBS News projects that a proposed amendment to the state constitution that would eliminate the constitutional right to an abortion has been defeated.

Kansans secured a huge win for abortion rights in the US on Tuesday night when they voted to continue to protect abortion in the state constitution. The race was called by a host of US groups including NBC News, the New York Times and Decision Desk HQ.