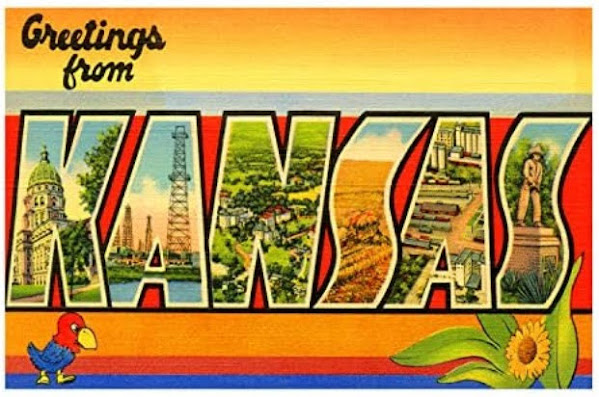 We're not noticing ANY SUPPORT for unsubstantiated voter fraud claims or the DRASTICALLY SCALED DOWN RECOUNT OF A LANDSLIDE VOTE.

Behind the scenes, via social media and by way of e-mail chains . . . We've seen a great deal of resentment at this ploy that doesn't inspire much confidence in even the fiercest anti-abortion opponents.

Like it or not . . . This passage from the newspaper seems to be resonating and sums up the current sitch.

TKC WONDERS HOW THIS KANSAS DUDE IS GOING TO PAY OFF HIS $120K CREDIT CARD BILL!!!

Here's a quick snippet for those who haven't seen it already . . .

Rather than continuing the fight over abortion, Republicans were hoping to shift the focus back to inflation and President Joe Biden as they seek to tie incumbent Democratic Gov. Laura Kelly and Rep. Sharice Davids to the president whose popularity has sagged in recent months.

'Exhausting' recount process for Value Them Both Amendment voting underway


'It's over with': Abortion recount hampers Kansas Republicans' pivot to general election

Kansas Republicans have spent the past two weeks trying to move on. The landslide Aug. 2 vote preserving abortion rights in the state constitution was a stunning defeat for many anti-abortion Republicans. GOP candidates up and down the ballot quickly pivoted to the Nov. 8 general election.


Wichita man racks up nearly $120,000 in credit card debt to pay for partial recount of the Kansas abortion vote

Gietzen is a well-known anti-abortion activist, the President of the Kansas Republican Assembly, and the man who put nearly $120,000 on his own credit card for a partial recount of the August 2nd abortion vote.


Man who paid $120K for 'Value Them Both' recount speaks out

WICHITA, Kan. - A partial recount of the "Value Them Both" amendment cost nearly $120,000. Kansas Republican Assembly President Mark Gietzen paid that tab to the Secretary of State's Office on a number of different credit cards. "That credit card is out floating around," Gietzen said of the KRA credit card Tuesday in an interview with FOX4.